Open access publication “Science and Society: A Dialog of Trust” 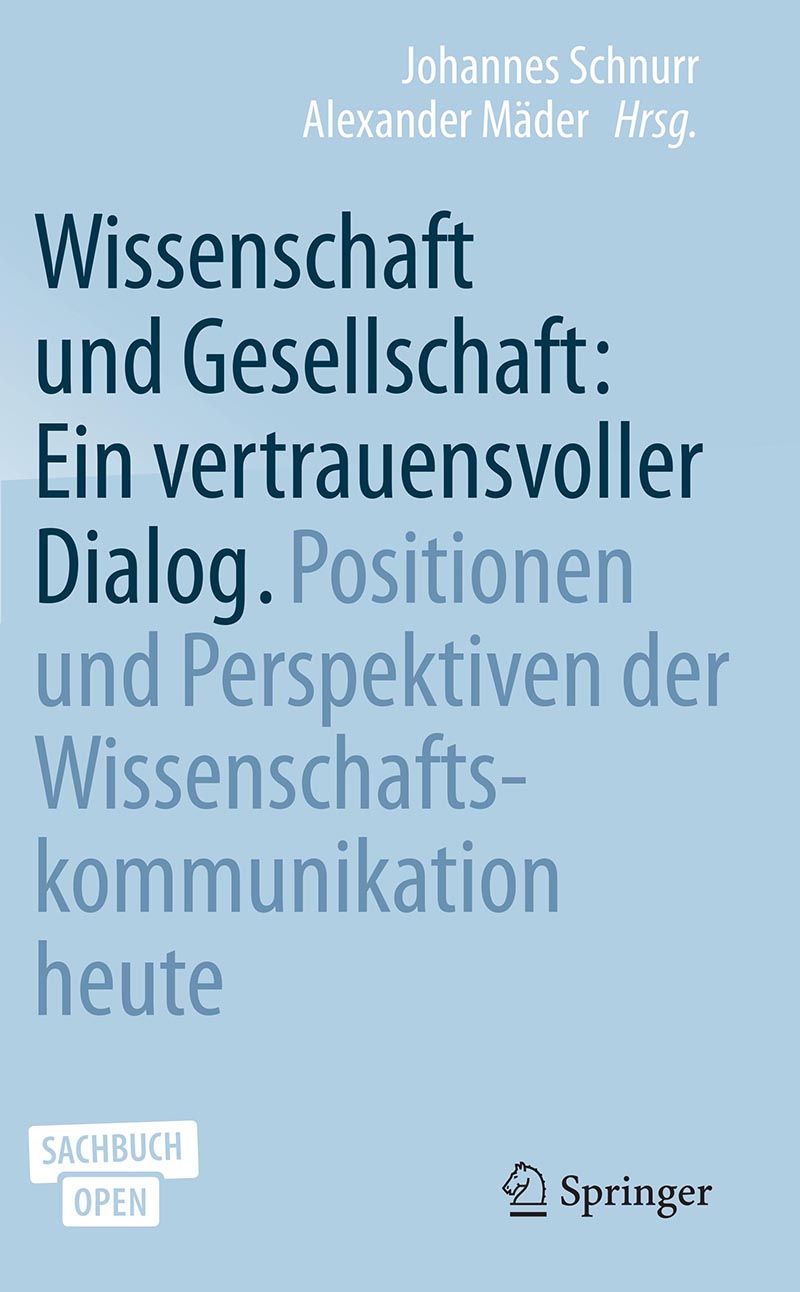 Not only independent journalism, but also researchers and their scientific findings gained over many years of work are being called into question and dismissed as dubious. In Germany too, an increasing number of citizens are now prepared to merely shrug their shoulders and believe “alternative facts”: Creationism is becoming popular alongside the theory of evolution, and in spite of statistics that verify the importance of vaccinations for public health, opponents of vaccination are gaining ground.

For this anthology, the editors – Dr. Johannes Schnurr (Public Relations Manager of the Daimler and Benz Foundation) and Prof. Dr. Alexander Mäder (Professor of Digital Journalism at the HdM Media Academy in Stuttgart) – asked journalists and public relations officers, scientists, bloggers, and representatives of foundations and research institutes to relate how they personally counter this general trend in society towards trusting mere opinions, and what methods they use to uphold the public reputation of science.