On October 30, 2022, the biologist Dr. Christof Schenck was presented with the German Environmental Prize of the Federal Environmental Foundation by Federal President Frank-Walter Steinmeier for his commitment to nature and species conservation. Schenck is Executive Director of the Frankfurt Zoological Society and a former scholarship-holder of the Daimler and Benz Foundation. 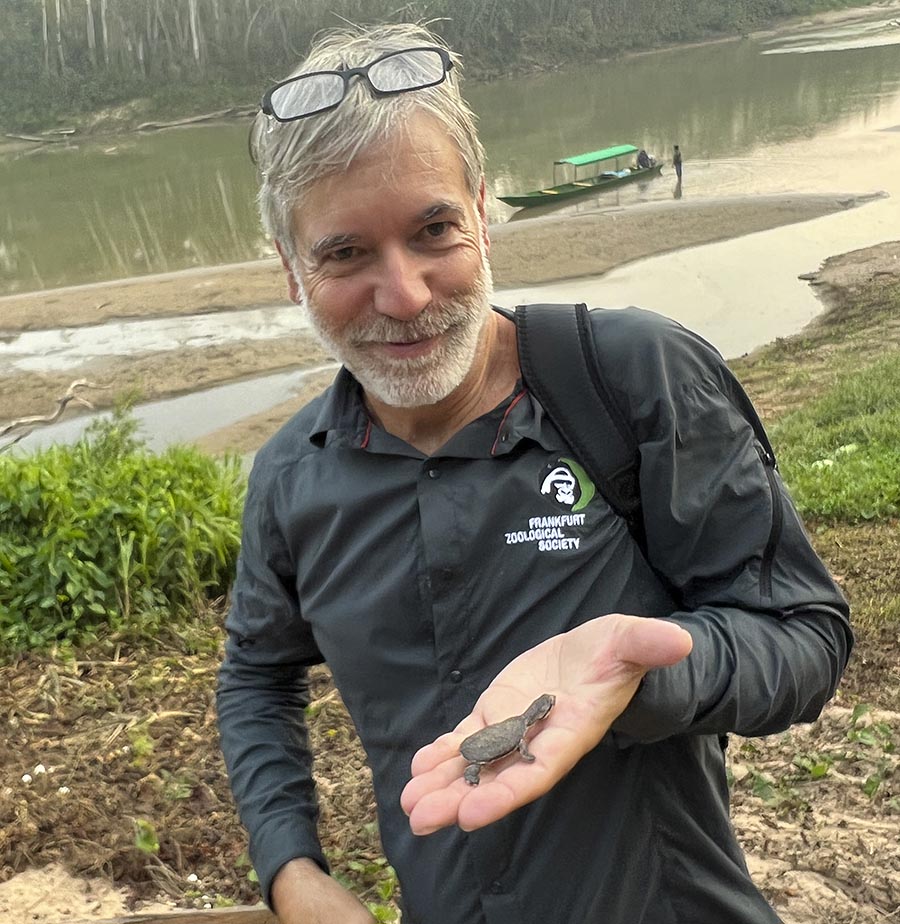 Wilderness areas should be protected against excessive exploitation, and their inhabitants should be able to live in harmony with nature – for his decades of commitment, Christof Schenck was awarded the German Environmental Prize 2022. Since 2000, the award-winner has been Executive Director of the Frankfurt Zoological Society, which currently supports 31 conservation programs in 18 countries, both with personnel and with funding in the amount of €24.8 million. He shares the German Environmental Prize, which is endowed with a sum of €500,000, with two colleagues.

In 1990, Schenck and his current wife received doctoral grants from the Daimler and Benz Foundation for their research into giant otters in Peru; these animals are still being counted and continue to be protected 32 years later. “The funding at that time played a pivotal role for my further career,” said the conservationist. “Furthermore, it laid the foundation for a major rainforest conservation program by the Frankfurt Zoological Society, for which 70 staff members in Peru are undertaking conservation work in eight major landscapes and national parks.”

The scholarship program of the Daimler and Benz Foundation is still in operation; it now focuses on postdocs and junior professors. Its aim is to strengthen the autonomy and creativity of the next generation of academics and to enable dedicated researchers to pursue their careers. The Foundation would like to congratulate Schenck on his perseverance, his commitment, and the successes he has achieved for humans, animals, and the environment. Schenck: “The world is ablaze on all fronts, and the timeframe available to us to save something is getting increasingly short. We have the means available to make a difference – so we must do so.”