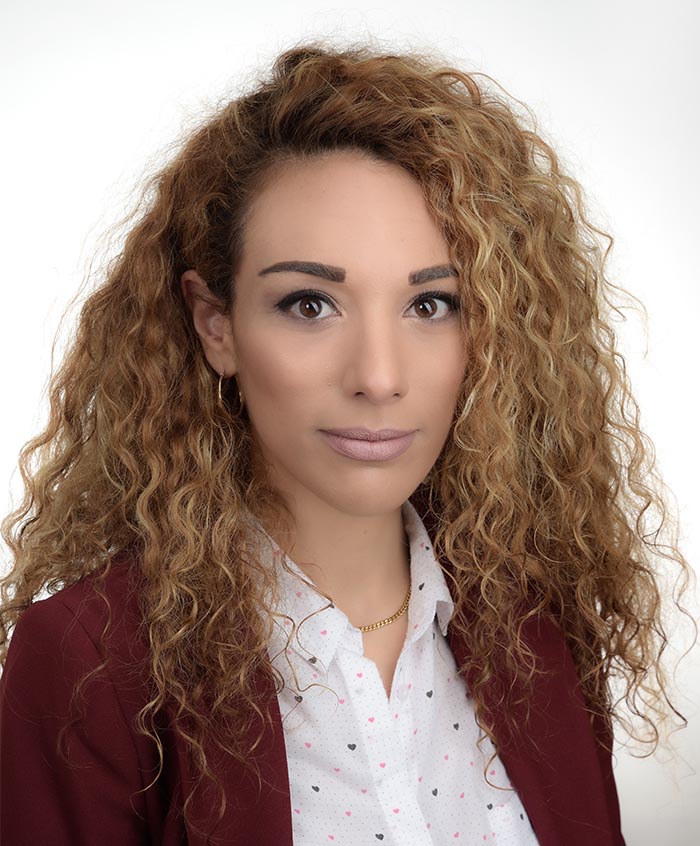 This research project focuses on the topic of human-robot interaction (MRI) with the aim of bringing robots out of structured laboratory environments and into our homes. Specifically, Ms. Chalvatzaki focuses on algorithms for “intelligent MRI for the bidirectional transfer of objects” that enable robots to understand how humans move and behave when handing over objects and to compute the necessary safe clearance space; this allows robots to be controlled so as to respond appropriately to humans’ intentions in the course of such transfers, leading to maximum trust on the part of the human operator thanks to risk-averse robot behavior.

Georgia Chalvatzaki is an assistant professor and research leader of the Intelligent Robotic Systems for Assistance Group at TU Darmstadt. She develops novel methods for assistance robots using machine learning and classical approaches. 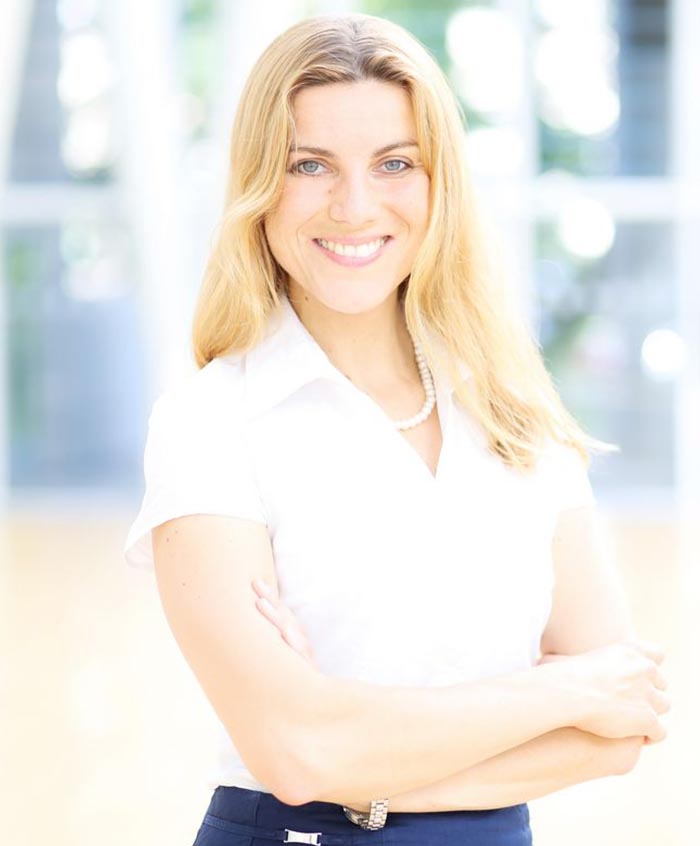 The early modern period was an era of song. Songs are a part of religious life, bourgeois sociability, and courtly culture; they can be found in the context of student life, and they accompany festivals and shape the everyday world of people of all social classes. In the German-speaking world, denominational and regional characteristics contributed to the extraordinarily high level of productivity and diversity of song culture from the end of the 16th to the late 17th century – the literary Baroque era. The project maintains that the European cultural transfer and the lively translation activity of that era were decisive for this development. This interculturality of the German Baroque song is explored from the perspective of the history of literature and music. In this way, the ‘other’ genealogy of a genre that rose to the status of world literature during the Romantic period is made accessible for the first time.

Dr. Astrid Dröse is a temporary academic councilor at the German Department of the University of Tübingen. After studying at LMU Munich, she was a fellow in the International Doctorate Program “Textuality in the Pre-Modern Age” (Elite Network of Bavaria); she received her doctorate in 2014 with a study of secular song in the 17th century. From 2018 to 2020, she was a fellow of the Athene Program (Tübingen), and since 2018 she has headed the DFG project “Song Culture of the 17th Century as Translational Culture”. 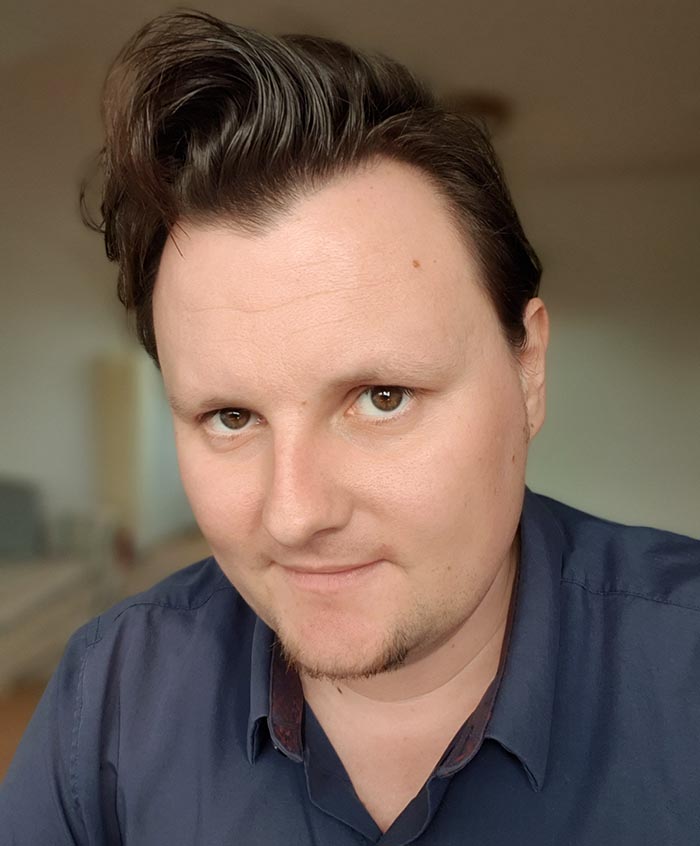 Although people have been traveling for millennia, tourist travel – purpose-free travel for pleasure – is a child of the modern era. Even in the newly founded German Empire, landscapes such as the Rhine, seaside resorts and spas, for example Baden-Baden, and major cities such as Berlin became early tourist centers. This project investigates whether and to what extent the rise of tourism in the 19th century helped to reinforce collective ideals of the nation in the everyday culture of the empire. But it also asks what places were not to be found on the tourist map, and what processes of social exclusion arose with the novel practices of tourism.

Mathias Häußler has been a Assistant Professor at the University of Regensburg since 2018. He was previously a Lumley Research Fellow at Magdalene College, University of Cambridge, where he also earned his doctorate in 2015. 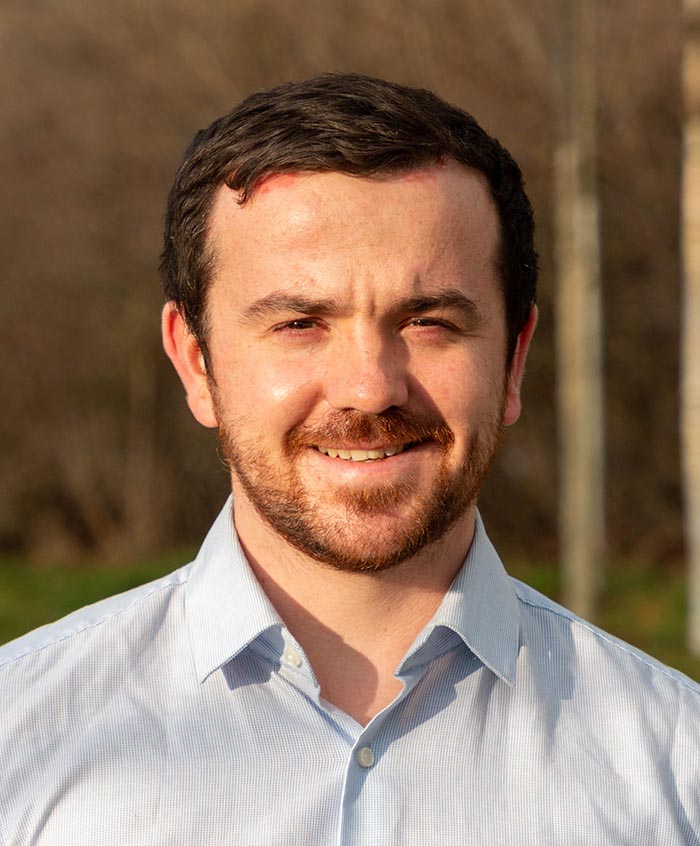 Nature’s ability to harness light in photosynthesis is a phenomenon that scientists have strived to replicate in a laboratory setting for centuries. Mimicking nature, photocatalysis has revolutionized contemporary synthesis, enabling the construction of desirable chemical bonds. While photocatalysis is often viewed as a “green” approach to chemical synthesis, the use of expensive precious metals, such as iridium or ruthenium, results in strategies that are less sustainable than perceived. As such, there is impetus to address this conundrum and develop new catalysts from abundant feedstocks. Using nature as a biological blueprint, this project focuses on the development and application of carbon dots, derived from natural resources, in new photocatalytic methods.

John Molloy earned his doctorate in chemistry at the University of Strathclyde (UK). He moved to WWU Münster as an Alexander von Humboldt postdoctoral fellow before taking up a position as an independent Liebig fellow in the Biomolecular Systems Department at the MPI of Colloids and Interfaces. 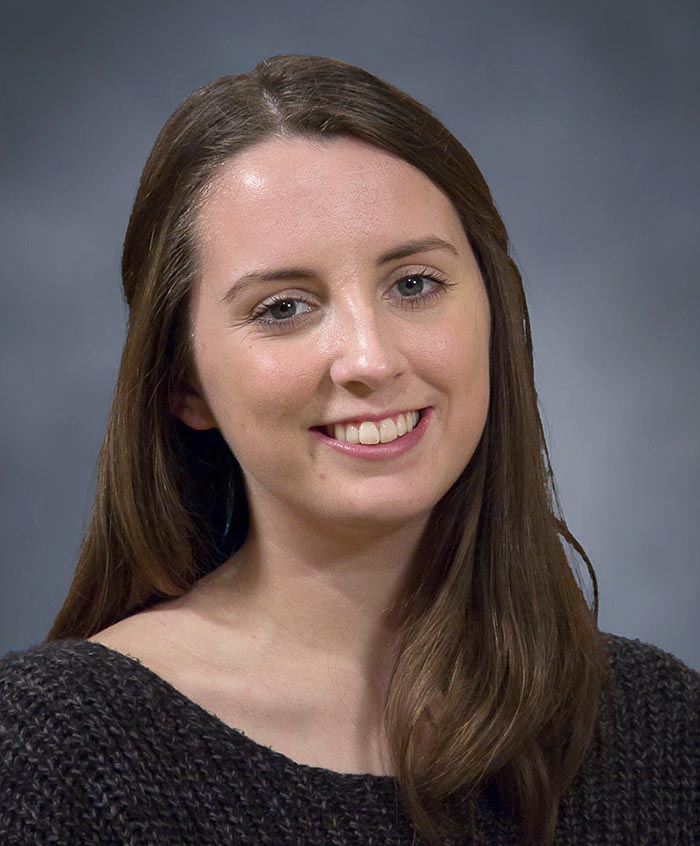 Dr. Judith Schmitz
(Psychology)
in cooperation with the Reinhard Frank Foundation
University of Göttingen, Department of Psychology
“Hearing, Vision and Educational Success: The Interplay of Genetics and Environment”

Education has positive effects on numerous aspects of our lives. A considerable proportion of the variance in years of education is explained by genetic factors, so that there is no equality of opportunity even at the time of conception. Genetic factors influence educational success not (only) directly, but also via the fact that people with a certain genotype are more likely to experience certain environmental conditions (gene-environment correlation). This research project addresses the question as to whether some of the genetic factors associated with the number of years of education actually influence children’s vision and hearing and thereby also have an impact on educational success. If so, early interventions could help to provide more equal opportunities.

The psychologist Judith Schmitz received her doctorate from the Ruhr University of Bochum. Following a period of research at the School of Medicine of the University of St Andrews (Scotland), she is now a postdoctoral researcher at the Georg Elias Müller Institute for Psychology at the University of Göttingen. 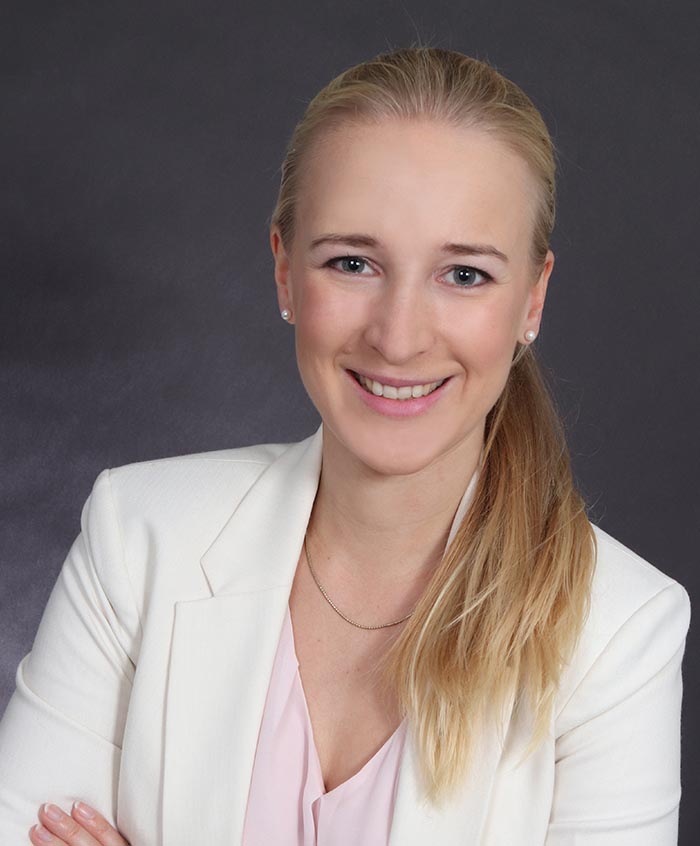 Stroke is one of the most common causes of death and functional impairment in adulthood. Some patients benefit well from treatment, while the symptoms of others persist despite successful therapy. The causes of this are not yet well understood. The effects of stroke on the brain are complex and are not entirely detectable with conventional imaging technology. For this reason, the processes occurring after a stroke are to be characterized using magnetic resonance elastography (MRE), a highly innovative method for measuring mechanical tissue properties. This could enable statements to be made about the probable course of the disease and provide information for further approaches to treatment that are not accessible with conventional imaging. 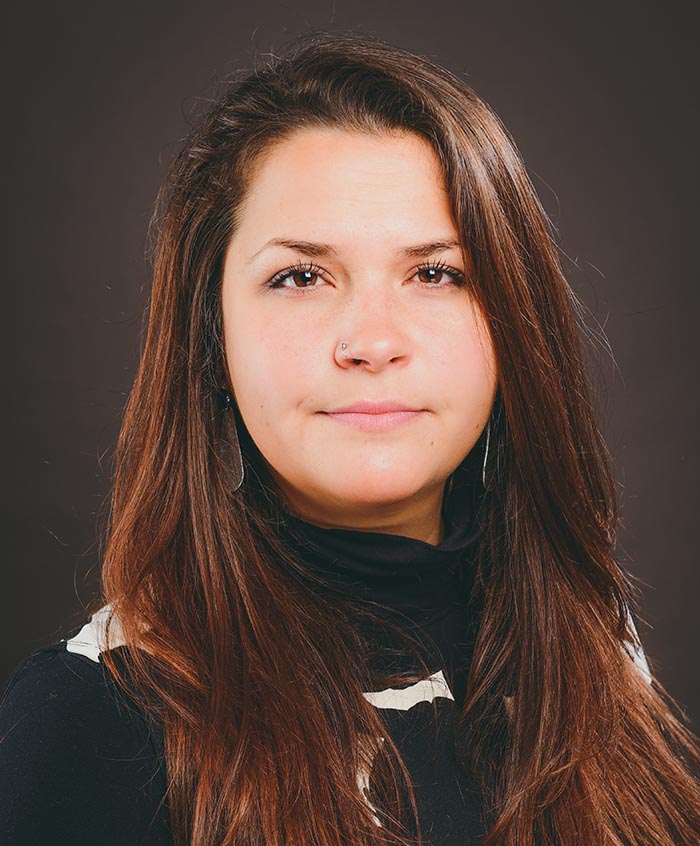 Groups are common algebraic structures arising naturally as symmetries of objects. Beyond their central role in mathematics, they also prove useful in physics, chemistry, and computer science. Among finite groups, p-groups are fundamental and abundant, though also very complicated. Because of this, it is often beneficial to study p-groups in natural families. This project concerns the study of p-groups defined from matrices of linear forms, from the point of view of their internal geometry and both from a theoretical and computational perspective. 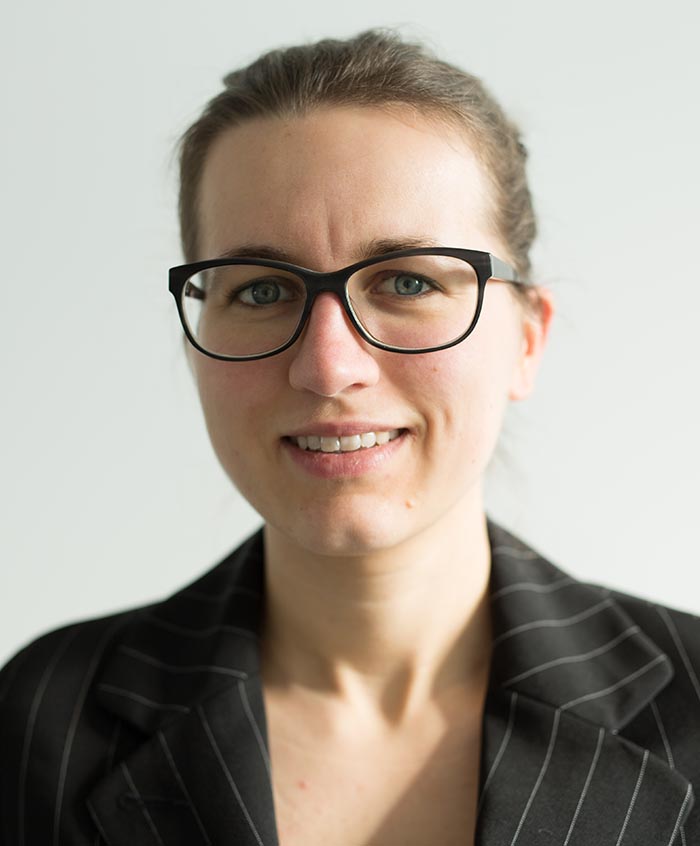 Since all the cells in an organism have the same genetic material, there is a level of regulation, the epigenome, which ensures that genes are specifically activated and deactivated. In cancer cells, the epigenome is highly modified; this significantly contributes to the formation and development of cancer. Azacytosines are used as cytostatics, because they intervene at the levels of the genome and epigenome to kill cancer cells. However, their use has so far been severely limited due to their high non-specific toxicity, and understanding is largely lacking as to when they are particularly effective. The aim of the project is to determine how azacytosines intervene in cellular processes at molecular level and thus to enable their broader use in the fight against cancer.

Franziska Traube studied biochemistry at the Technical University of Munich. After a research sojourn at Johns Hopkins University in Baltimore, she earned her doctorate with distinction in 2020 at LMU Munich, where she has headed a junior research group since October 2021. 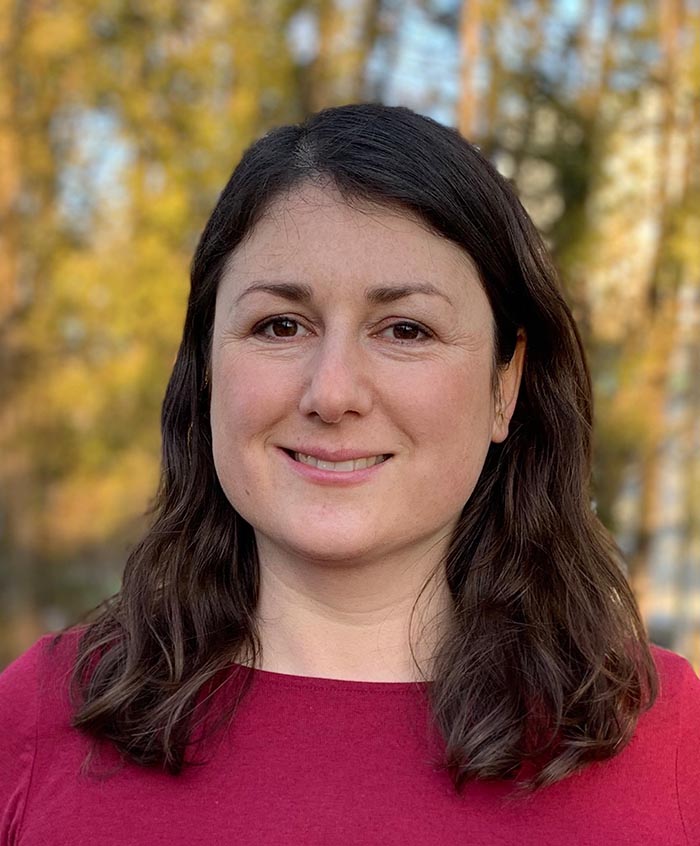 Humans effortlessly adapt to their conversation partners and react flexibly to stimuli from their surroundings. Songbirds number among the few animals that learn vocalizations by imitating conspecifics, just as humans learn language. This makes them one of the most important models in fundamental neurobiological research for understanding the working mechanisms of neural networks that enable vocal learning. Birds sing to defend their territory or to impress a mate – but can they also flexibly adapt their song to learned communication situations? This project aims to determine the processes involved in the sequential formation of song from individual syllables, allowing flexible rearrangement of the syllables in different social contexts. The goal is to understand how the brain functions in controlling complex sequences.

Lena Veit studied bioinformatics and neuroscience at the University of Tübingen. After a research sojourn at MIT, she earned her doctorate in Tübingen with a thesis on executive control functions in carrion crows, which won several awards. She then spent four years conducting research at the University of California, San Francisco, and the Howard Hughes Medical Institute. Since 2020 she has been an assistant professor in Tübingen, specializing in the neurobiology of vocal communication. 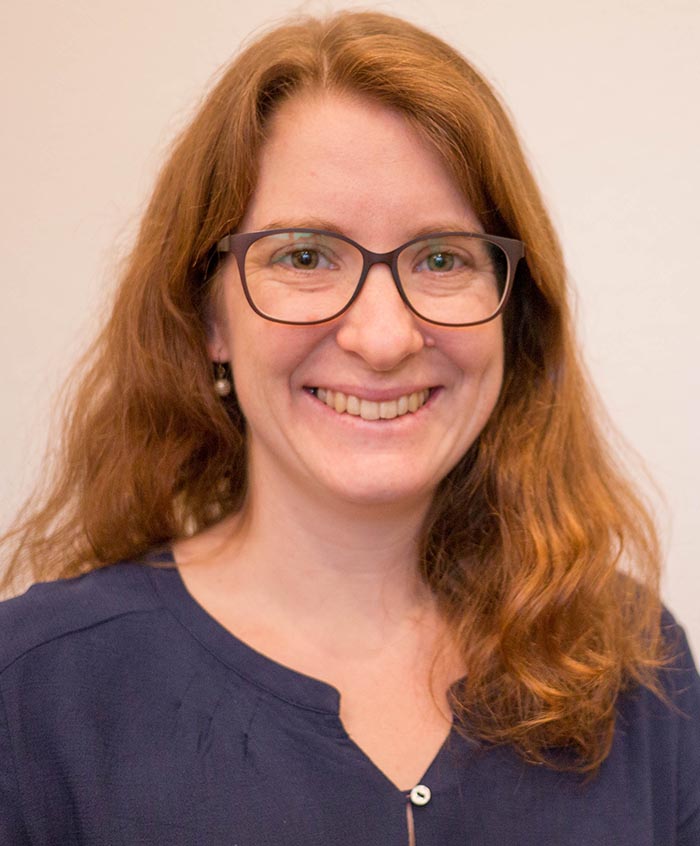 In the enrichment process of uranium for nuclear power plants, large amounts of weakly radioactive depleted uranium are produced as a byproduct; at present, this is hardly put to any further use. This is due, among other things, to the significantly lower level of understanding of the chemistry of uranium in comparison with other metals. However, it is already known that uranium complexes often show unique reactivity towards small molecules such as N2 or CO2. On the other hand, it has as yet hardly been possible to use this reactivity in further processes. In this project, new ligands for uranium complexes are therefore being developed that make it possible to control this reactivity. Catalytic processes for the cleavage and transformation of small molecules can then be developed on this basis. 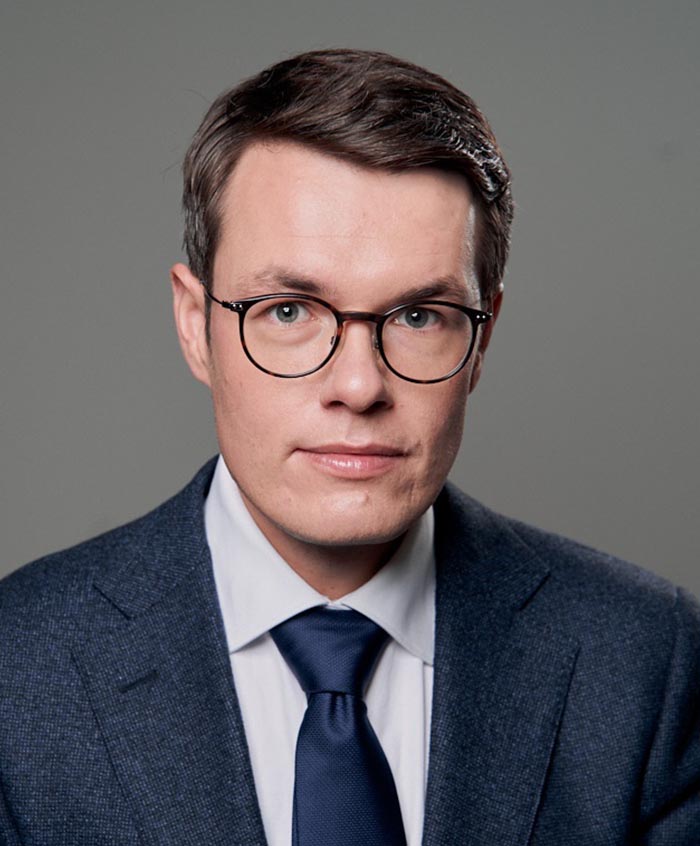 On July 20, 2021, the European Commission announced a comprehensive regulatory plan for combating money laundering. For the first time, a directly applicable money laundering law for the European Union is to be created that no longer requires implementation by the member states and would largely replace the national regulations. It is also planned to establish an EU authority for combating money laundering and the financing of terrorism, which will coordinate the work of national authorities and lead to a coherent supervisory culture throughout the Union. My research project sets out to provide academic support for the debate concerning this European legislative plan and, in particular, to highlight the implications for German money laundering law and the German anti-money laundering authority architecture.

Kilian Wegner studied law at Bucerius Law School, where he received his doctorate in 2020. Since the summer semester of 2021, he has held a junior professorship in criminal law, criminal procedure law, and commercial criminal law at the European University Viadrina in Frankfurt (Oder).