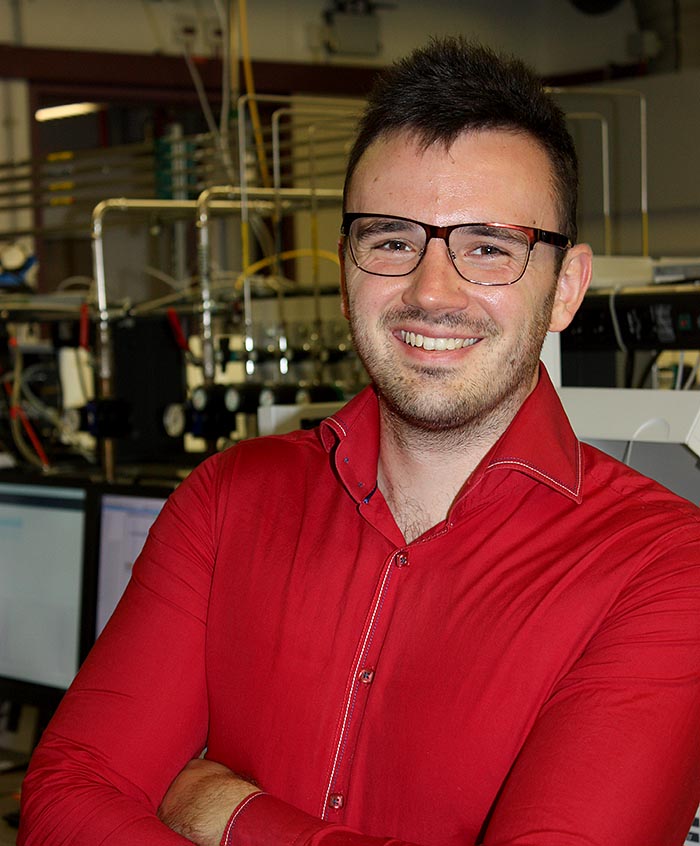 Visible light-powered chemical synthesis is the fundamental process for biological photosynthesis on earth. Chlorophyll acts as a colored catalyst, absorbing visible light energy and utilizing it to activate transparent molecules (CO2, H2O). In the last 20 years, researchers mimicked nature in the artificial photosynthesis of organic molecules but have relied heavily upon artificial, rare-earth transition metal photocatalysts (Ruthenium, Iridium). Such catalysts are unsustainable and their energetic range of chemical transformations is limited by utilizing only one photon energy at a time. This project uses Cobalt porphyrins as bio-inspired, sustainable first-row transition metal catalysts, which harvest both electrical and photon energies to achieve high energy chemistry under mild conditions. This catalysis will be applied to novel syntheses of organic molecules like bioactive heterocycles. 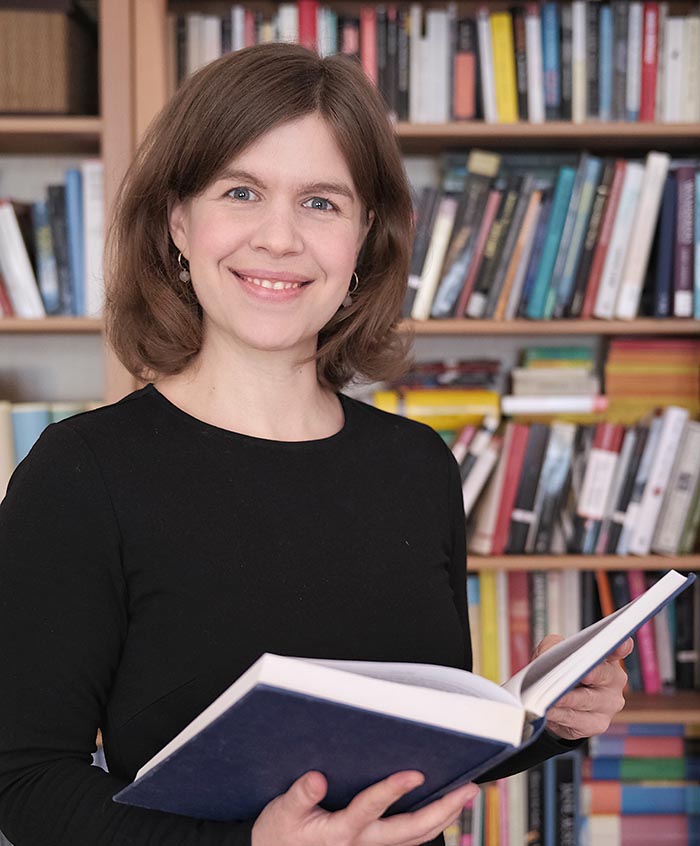 Dr. Sandra Dinter
(English Literature and Culture)
University of Hamburg, Institute of English and American Studies
"On the Trail of Female British Walkers in the 19th Century"

Although walking is the most primeval form of human locomotion, its cultural significance and practices are constantly changing. The way people walk is determined by factors such as social class, gender, age, or ethnicity. This is particularly apparent in 19th-century Britain, where the promenade became established as a leisure-time occupation of the privileged classes before receiving competition from new forms of locomotion in the course of industrialization. Women, whose social position was located in the domestic sphere, had to take special measures to signal their social and moral integrity on streets and pathways. This study examines how British literature and culture from 1800 to 1900 used the figure of the female walker in order to illustrate debates regarding gender roles, social class, and processes of modernization on the basis of her movements.

Sandra Dinter earned her doctorate at the University of Bielefeld in 2017 with a thesis on constructions of childhood in the contemporary English novel. Currently, she is Junior Professor of British Literature and Culture at the Institute of English and American Studies at the University of Hamburg, where she researches representations of space and mobility in the Victorian era. 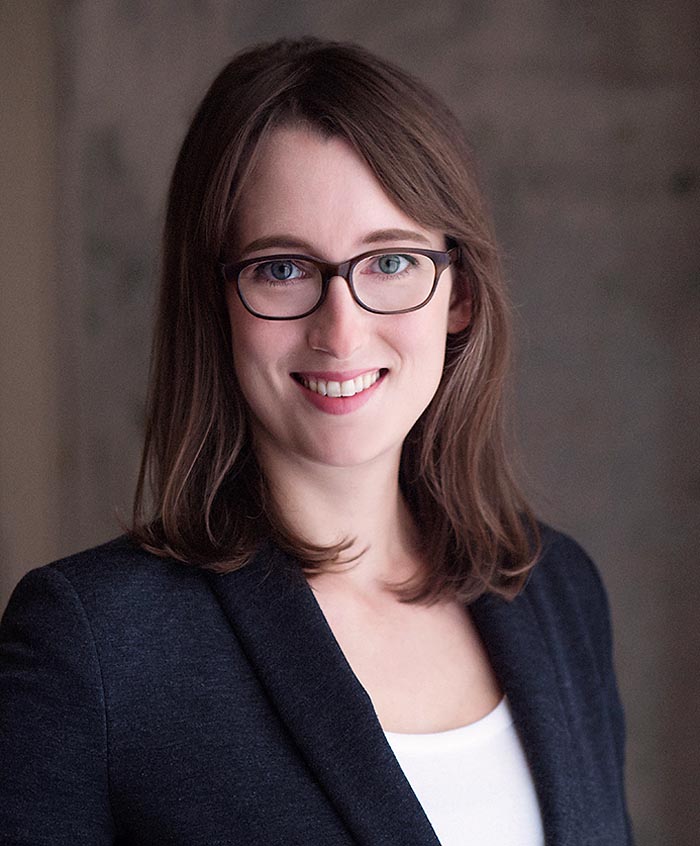 To an increasing extent, stakeholders of civil society in Germany are using the instrument of “strategic management of legal processes” in order to deal with social and societal problems. They seek to use conventional judicial remedies to engage the courts in modifying rights, to put state protagonists under pressure, or to mobilize the public sphere. At the core of the analysis is the question of how the courts, as forums of these processes, handle this strategic hijacking. The findings are intended to reinforce (constitutional) jurisdiction and counter the increasing challenges it faces in Europe.

Stefanie Egidy studied Law at the Universities of Würzburg and Bergen and at Yale Law School (LL. M.). She earned her doctorate with a comparative juristic study on the topic of “Financial Crisis and Constitution” that was awarded several prizes. She is currently an academic and post-doctoral fellow at the Max Planck Institute for Research on Collective Goods. 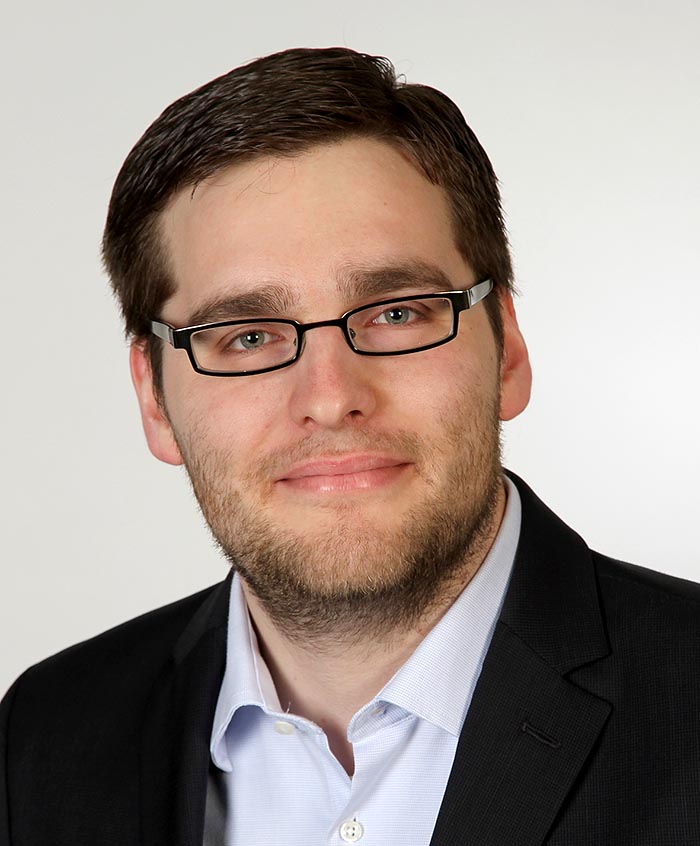 Violence and war are basic phenomena of human history. Wartime situations in particular can trigger dynamics of violence that on the one hand expose societal norms to view, and on the other hand emphasize the significance of situational aspects for the actual execution of violence. This charged relationship is systematically examined on the basis of selected pre-modern societies in contrasting comparisons. The project is thereby intended as a contribution to a historical anthropology of violence.

The ancient historian Lennart Gilhaus researches as an academic councilor at the University of Bonn. He has undertaken periods of research at the Universities of Strasbourg, Luxembourg, and Utrecht. In addition to Latin epigraphy and Greek historiography, his work focuses above all on the phenomenon of violence in ancient societies. 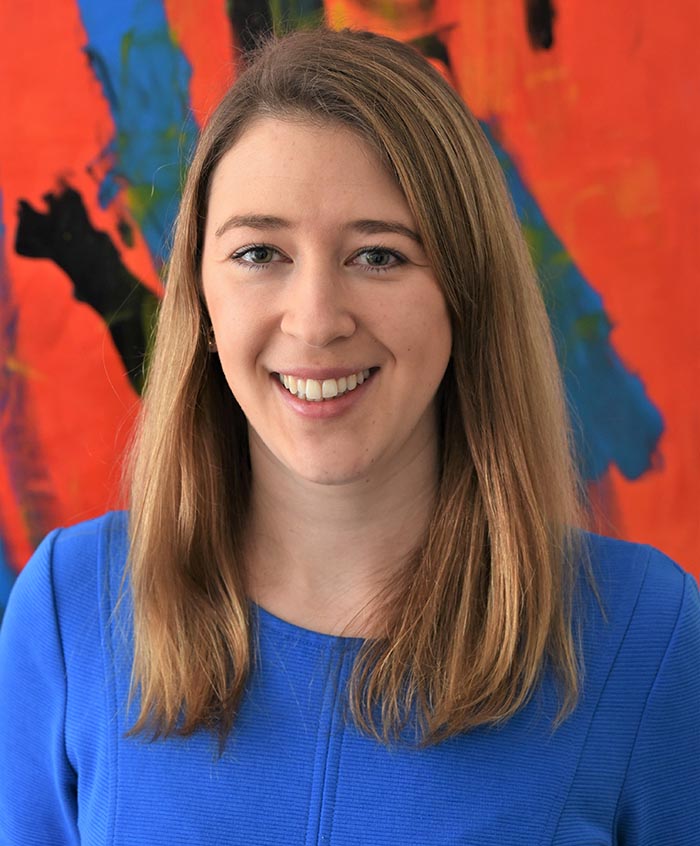 Future-shaping instruments such as planning are gaining currency in modern societies. Dangers are to be averted and social developments appropriately controlled and guided in good time. Elementary problems of the future, such as climatic change, cannot be solved without comprehensive planning processes. Smart city strategies are likewise founded on an integral approach to planning. However, it has not yet proved possible to abbreviate planning processes that are perceived as being too long, or to calm the atmosphere of resulting court proceedings or civil protests. In the course of this research project, three fundamental methodological categories are being developed that promise prospects for reform, so that the existing problems can be better resolved.

Anika Klafki studied legal sciences at the Bucerius Law School in Hamburg, where she earned her doctorate in 2016 at the Chair of Public Law under Prof. Dr. Hermann Pünder, LL.M. Since 2019 she has held a position as Junior Professor (tenure track) of Public Law (in particular Transnational Administrative Law) at the Friedrich Schiller University of Jena. 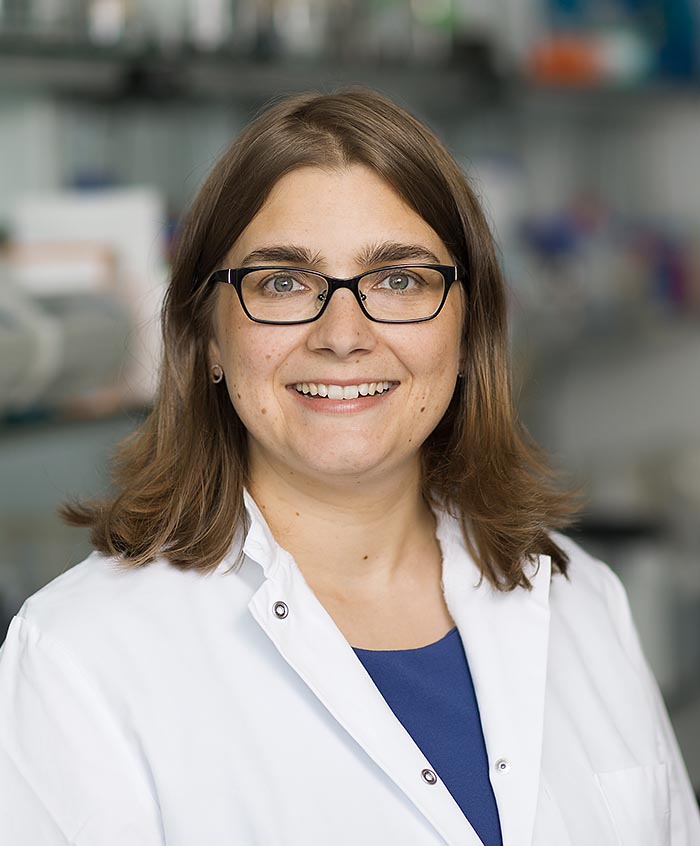 The human brain is incredibly complex; this is what makes our thinking and behavior possible. But by very reason of this high complexity, disturbances make us susceptible to mental and neurological disease. The research project investigates the molecular and cellular processes that control the development of the human brain’s complex structure. Findings from this field of research lead to a better understanding of disturbances in the development of the brain in childhood and beyond. It is the long-term aim of this project to develop approaches for the prevention and therapy of such illnesses. 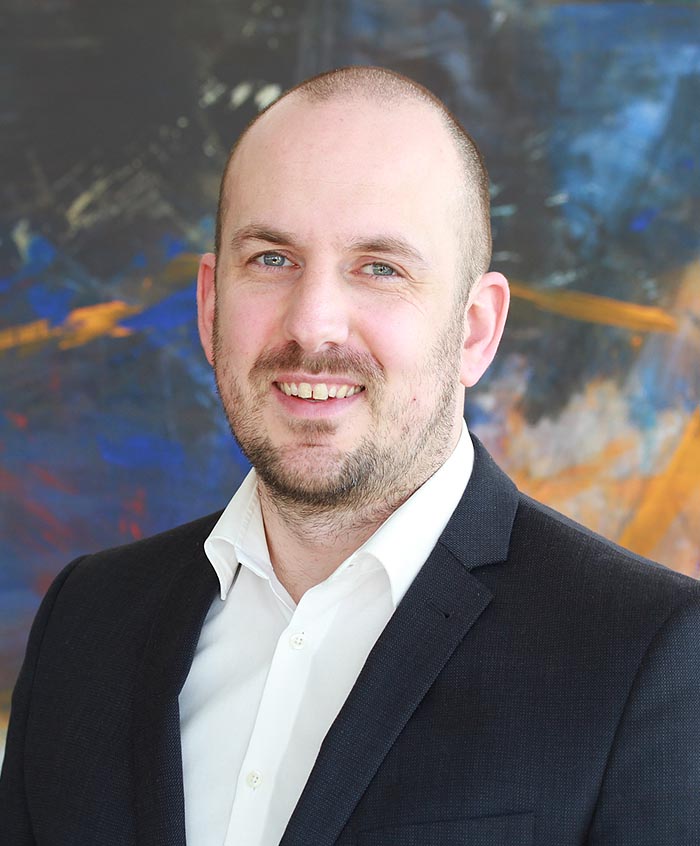 Understanding instabilities is of great significance in many disciplines of natural science and engineering, and beyond. Besides experimental investigations, modern computational simulation methods are likewise gaining importance, although they still suffer from the inadequate efficiency and reliability of the methods and algorithms employed. This project sets out to develop efficient simulation methods that would enable rapid, highly precise analysis of stability problems in multilayered systems that are highly significant for the morphogenesis of living systems and for the development of innovative technical solutions. The envisaged developments are not restricted to individual disciplines or applications, but show potential for interdisciplinary application.

Bastian Oesterle studied civil engineering at the Universities of Stuttgart and Calgary (Alberta, Canada). He earned his doctorate at the University of Stuttgart in 2018 and has since been active as a postdoctoral candidate and leader of a working group at the university’s Institute of Structural Mechanics. 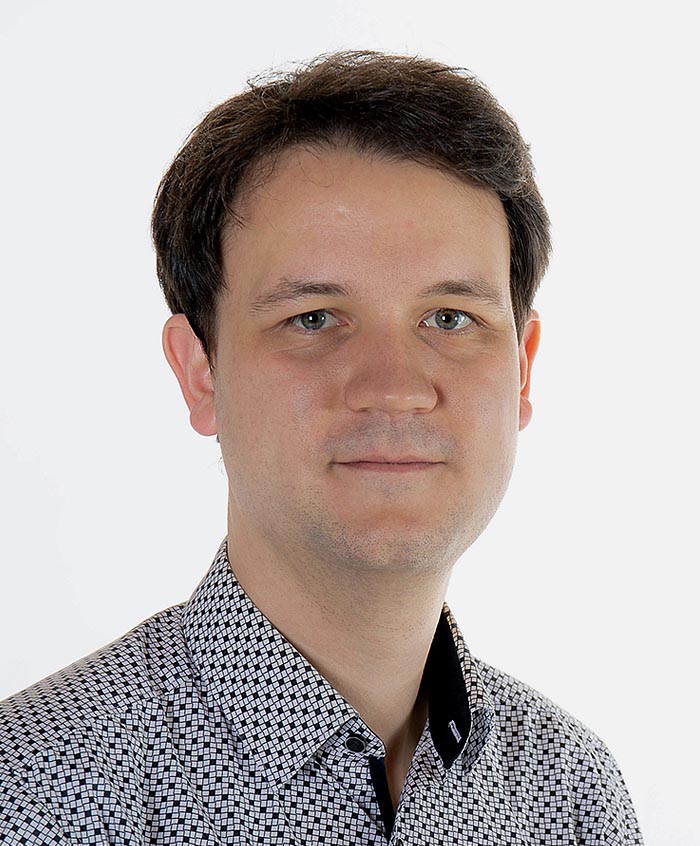 Implementational studies have demonstrated the positive effects of digital tools on learning success. However, it remains unclear as to how these effects can be explained in terms of the psychology of teaching and learning. The project sets out to clarify this matter by examining how digitally supported learning settings influence the way pupils initiate and carry out learning activities in the arithmetic of fractions. The focus here is on the pupils’ motivational-emotional commitment and its effect on learning success, also in comparison with paper-based learning settings.

Frank Reinhold studied mathematics and physics at the University of Regensburg with a view to teaching at grammar schools and earned a doctorate at the Technical University of Munich in 2018. His research into the effectiveness of tablet PCs in the teaching of mathematics was honored with the Advancement Award of the Society of Didactics of Mathematics (GDM). Since 2020 he has been a postdoctoral candidate at the Institute for Mathematics Education of the Freiburg University of Education. 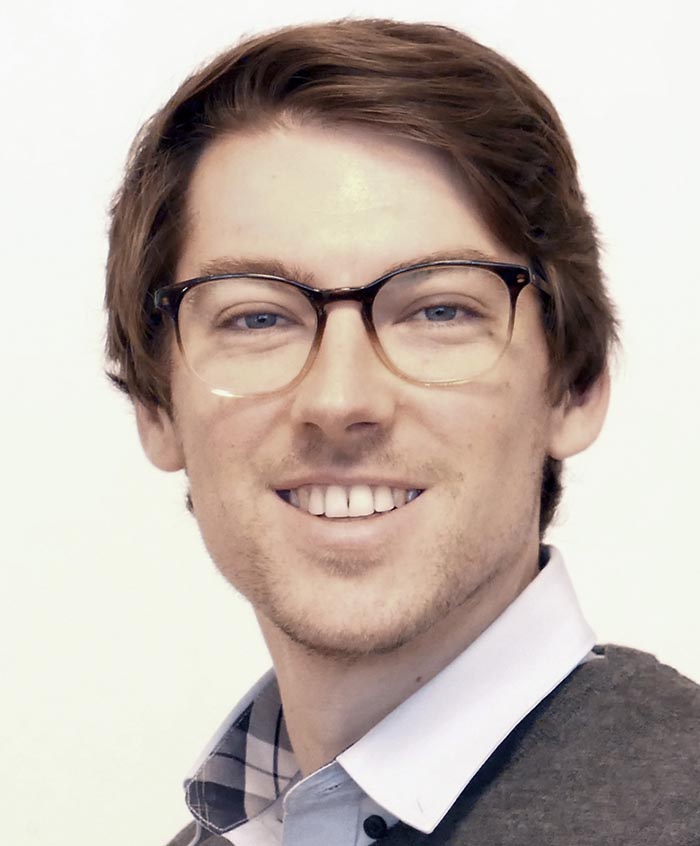 Smartphones and social media are now an integral part of our everyday lives. However, the consequences of this omnipresence are yet to be sufficiently examined. It has been observed that adolescents who spend an excessive amount of time on smartphones or in social networks are more susceptible to psychological disorders; however, it remains to be established whether this problematical use of smartphones and social media is in fact the cause of such deficient mental states. The project sets out to clarify this issue, and to develop and evaluate various measures to reduce smartphone and social media usage and to improve the mental health of adolescents.

Sebastian O. Schneider studied business mathematics at the University of Mannheim. He earned his doctorate in development economy at the University of Göttingen in 2017; he has since been a Senior Research Fellow at the Max Planck Institute for Research on Collective Goods in Bonn, where he investigates (everyday) human decision-making behavior, particularly in situations involving risk. 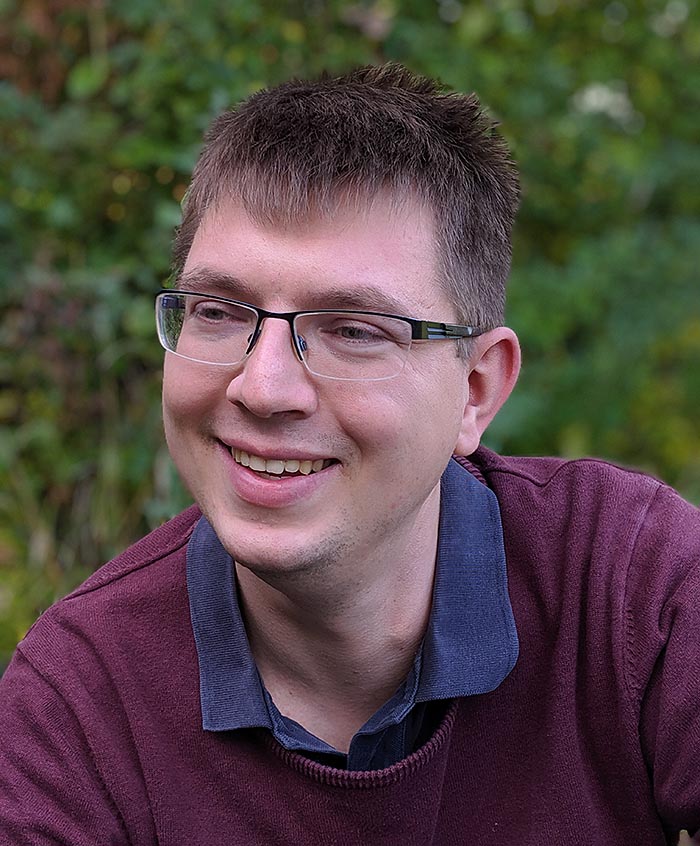 Photosystem II, present in plants and algae, collects sunlight and splits water into oxygen and chemical energy. For plants, the oxygen is a toxic byproduct; for us, it is the basis of all life. The water-splitting itself is a catalysis process at the core of a molecular machine – Photosystem II, comprising more than 100 different components. Just how all these individual constituents make up a functioning machine is one of the great unsolved mysteries of biology. The project sets out to thoroughly investigate the molecular assembly lines involved, and to visualize the individual steps leading to the construction of the water-splitting center of Photosystem II, using cryogenic electron microscopy to analyze individual particles. 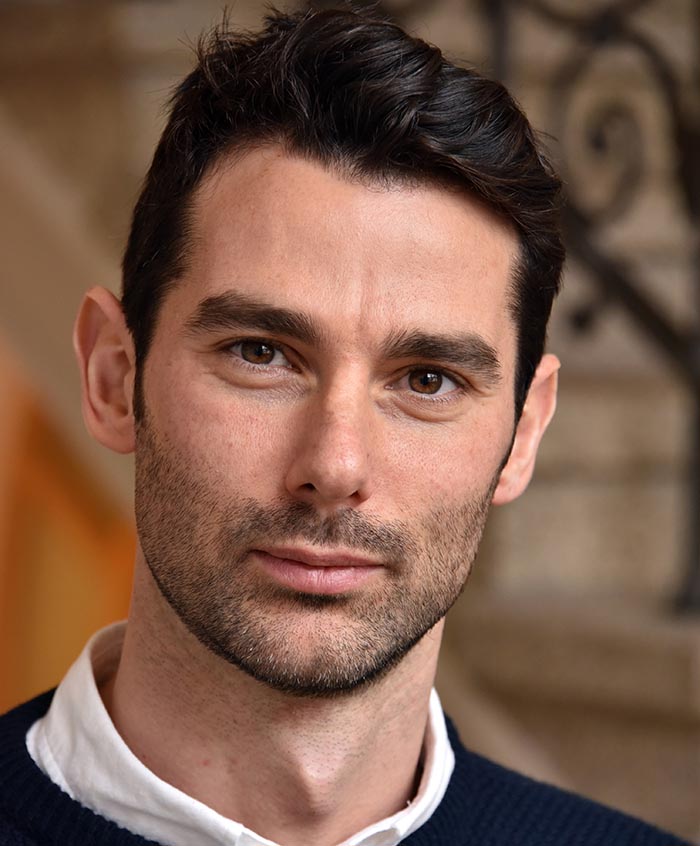 When a bulk semiconductor is confined in two dimensions its optical and electronic properties undergo dramatic changes. One of these is that optically excited electrons and holes are no longer free to move and bind together to form a new quasi-particle called exciton. Excitons can be generated not only in the 2D plane but also at interfaces between 2D materials. These interlayer out-of-plane excitons are particularly stable and hold the promise of applications in quantum information. The goal of this project is to realize devices for the coherent control of out-of-plane excitons in atomically thin semiconductors integrated on resonant (meta)surfaces.

Giancarlo Soavi obtained a Ph. D. in physics from Politecnico di Milano in 2015 and subsequently worked as research associate at the University of Cambridge. In 2019 he was appointed junior professor at the Friedrich Schiller University Jena, where he leads the Group of UltraFast Optical Spectroscopy. 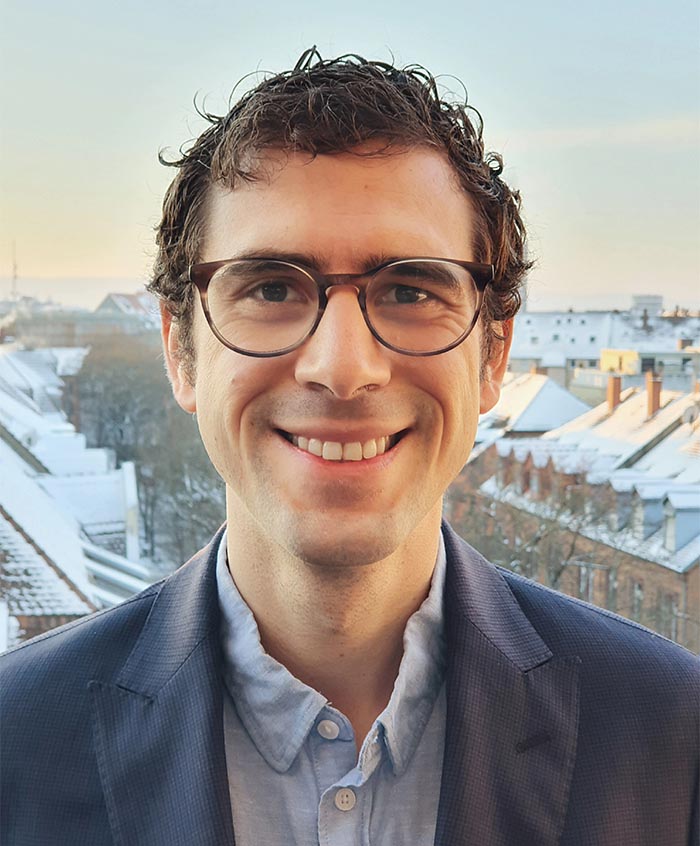 Atoms are the building blocks of matter, but as a part of the microcosm they obey entirely different laws of nature, so-called quantum mechanics. We can depict and control atoms by means of high-resolution microscopes; we can also determine and influence their magnetic quantum states. This research project aims to make use of these magnetic characteristics of various atoms and molecules, for example as novel nano-scale sensors or for new forms of computer architecture.

Dr. Philip Willke studied physics at the University of Göttingen, where he also obtained his doctorate in 2017. After carrying out postdoctoral research at the IBM Almaden Research Center (California) and the Center for Quantum Nanoscience in Seoul (South Korea), in June 2020 he transferred to the Karlsruhe Institute of Technology, where in fall 2020 he was appointed head of an Emmy Noether junior research group for quantum-coherent spin manipulation on surfaces.