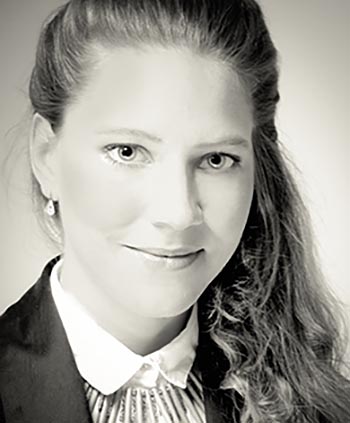 Variety due to migration is a fact of life in modern nation states. The notion of “we” is in a state of constant flux. At the same time, the gap between subjects of civic identification and the “residential population” subject to state power is growing. Just how in this tense situation the “integration” of immigrants can succeed is one of the most intensely discussed questions of our time. Dr. Gabriele Buchholtz examines how administration can contribute to the success of integration. Administrative law presents a welcome framework of investigation, since it provides opportunities for low-level participation, closes existing representation gaps and thus fulfills important prerequisites for integration. It is to be shown what control potential administrative law has in order to initiate learning processes within “immigration society” and to cushion the impact of the lack of political participation rights in a manner adequate to the situation.

Dr. Gabriele Buchholtz studied jurisprudence at Bucerius Law School (Hamburg) and Fordham Law School (New York). Her doctorate on the topic of “Strikes in the structure of European fundamental rights” has received multiple awards. Since 2016 she has been a scientific assistant and post-doctoral fellow at the Institute of Public Law, Administration Sciences and Comparative Law at Bucerius Law School. She is currently habilitating on the topic of “integration administration law”. 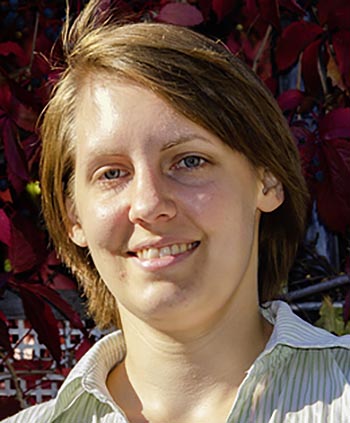 Without warning, a volcano in Iceland that had been concealed by a glacier brought European air traffic to a halt for six days in 2010. The damage caused by the small eruption rich in ash cost the airline companies over 1.2 billion euros, more than thirteen travel agencies went bankrupt, and an important bridge on Iceland’s Ring Road was destroyed. More measuring instruments have since been installed to reduce the negative consequences of such eruptions.

A volcanic eruption in Holuhraun in 2014/15 was heralded two weeks beforehand by an increased number of earthquakes at a depth of 3 to 8 km. The TEASER study sets out to examine long vibrations located at depths of 0 to 2 km. Where, at what intervals and how these so-called tremors arise can play an important role in using them as a potential early warning signal.

Prof. Dr. Eva Eibl studied geophysics at LMU Munich and at the Technical University of Munich and attained her doctorate at University College Dublin in Ireland in 2017. Since 2018 she has been a junior professor at the University of Potsdam; besides the seismic signals of volcanic eruptions she also investigates the flooding of glacial lakes, geysers, and anthropogenic signals such as helicopters. 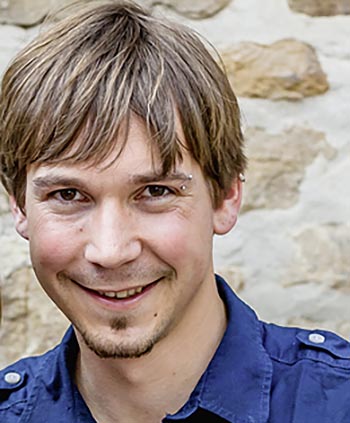 Violence against children is widespread on a global scale and is associated with mental health problems and further negative consequences. However, the findings to date have only been of a correlative nature. To research the causal relations, experimental methods are now being transferred to field research. In an experimental field study of the prevention of violence in schools in Tanzania, the effectiveness of preventive approaches will now also be examined.

Dr. Tobias Hecker studied psychology in Marburg and Aarhus and attained his doctorate with distinction at the University of Constance in 2013. Following a two-year period as a post-doctorate fellow at the University of Zurich, he has now been active at the University of Bielefeld since 2016. He and his team have developed the preventive approach “Interaction Competencies with Children”. He also heads an international network of young scientists who are advancing the scientific examination of approaches to preventing violence against children. 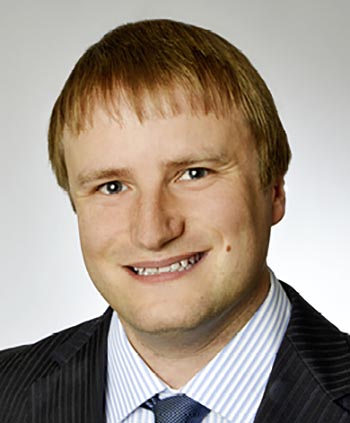 The introduction of fluorine atoms into organic molecules has a dramatic influence on their physical, chemical and biological qualities. For this reason, fluorinated molecules are finding various applications in modern society, for example in pharmaceutics and functional materials. However, the synthesis of organic fluorine derivatives remains a challenge. Since there are only few fluorinated natural materials, most organic fluoride compounds must be produced in a laboratory. There is therefore great demand for various methods of fluorination and thus also for fluorination reagents. A main research objective of the Hopkinson Group is the development of new reagents. This project concentrates on three different classes of substances, into each of which a different valuable fluorine-containing group is introduced. These reagents are expected to open up new synthesis strategies that are safer, cheaper, more efficient and/or more environmentally friendly than with previous approaches. 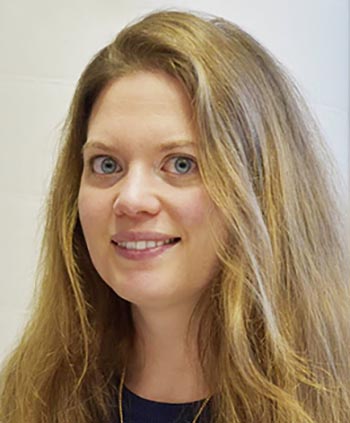 Whether a relation has a finite VC dimension plays a central role both in model theory and in the field of mechanical learning. This project sets out to investigate whether a natural (i.e. algebraic) characterization of all NIP bodies exists; in other words, we are searching for a natural description of precisely those numerical ranges in which every definable relation has a finite VC dimension. The best-known examples of NIP bodies are the complex numbers, the real numbers and the p-adic numbers. A significant open assumption of Shelah states that these are all essentially examples of infinite NIP bodies. Approaching a proof or refutation of this assumption above all requires a good understanding of assessments on NIP bodies. This is the focus of the research project. 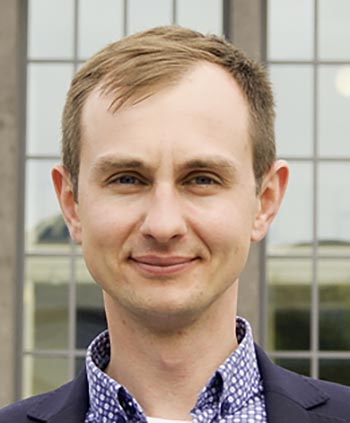 Grammatical descriptions of natural languages fundamentally distinguish three main types of subordinate clause: i) complement clauses, ii) adverbial clauses and iii) relative clauses. However, the boundaries between these categories are vague. The prime objective of this project is to examine adverbial clauses that function as complement clauses or can be analyzed as relative clauses. A precise analysis of such non-canonical adjuncts will yield a better and deeper understanding both of the individual types of subordinate clause and of their sentential interdependencies.

Dr. Łukasz Jędrzejowski studied “The languages of Europe: Structures and Application” at the Free University of Berlin and attained his doctorate in linguistics at the University of Potsdam in 2015. He recently spent periods as a guest researcher in Venice, Oslo and Harvard and is currently investigating the variation of adverbial clauses in his habilitation project. 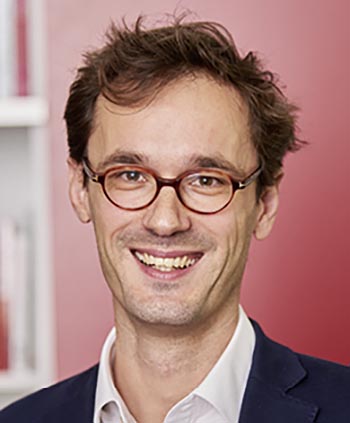 There is a legal component to the way in which historical events can be publicly spoken about. Such legislation of collective memory is actively used by Russia to control the historical narrative in the country and strengthen its own national identity. Such laws exist not only in authoritarian regimes, however, but also in democracies. This project endeavors to contribute to an understanding of the political dynamics behind the legislation of collective memory and its social consequences. For this purpose, a database is being drawn up concerning collective memory legislation and a survey is being carried out in Russia.

Félix Krawatzek is a Senior Researcher at the ZOiS and an Associate Member at Nuffield College (University of Oxford). He previously researched as a British Academy Post-doctoral Fellow in Oxford (Department of Politics and International Relations), where he was awarded his doctorate in 2015. He was also active as a guest researcher at the Sciences Po Paris and the Minda de Gunzburg Center for European Studies (Harvard University). 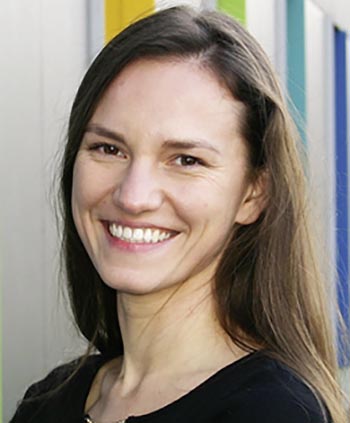 Dr. Elvira Mass
(Biomedicine)
University of Bonn, Life and Medical Sciences institute
“The role of somatic mutations in the mTOR pathway in the pathogenesis of epilepsy”

Epilepsy is the fourth-most frequent neurological disorder; due to the often lifelong need for therapy it represents a considerable socioeconomic challenge. A better understanding of this disorder and the development of effective therapies are therefore essential. Dr. Elvira Mass heads a group of young researchers at the Life and Medical Sciences Institute in Bonn and investigates the genetic changes in various types of cell in the brain that can cause epileptic seizures. Neurons and particularly microglia, a type of cell as yet only insufficiently examined in connection with epilepsy, are at the focus of this research. Next-generation technologies are used for sequencing microglia and neurons in epilepsy patients in order to identify somatic mutations in the mTOR signaling pathway. The aim is to investigate the consequences of the genetic pathological process of epilepsy so as to open up new perspectives for therapy in patients with neurological disorders. 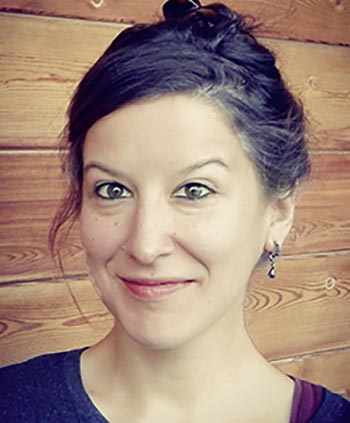 How do neural circuits change to incorporate new memories? One of the most intriguing ideas involves bursts of brain activity that transfer new information across the brain during sleep. These bursts are known as sharp wave-ripples and are found in all mammals studied so far, including humans. But how does this process work in animals with other neural architectures and other behaviors? By using real-time perturbation of brain activity during memory tasks, this project will determine whether sharp wave-ripples are a basic mechanism for memory transfer that is shared across mammalian and non-mammalian species alike.

Dr. Janie Ondracek is a neuroscientist at the Chair of Zoology at the Technical University in Munich. Her previous research at the Max Planck Institute for Brain Research focused on sleep in reptiles and was published in 2016 in “Science”. Her current research, funded by the German Research Foundation (DFG), focuses on the role of sleep and memory consolidation in birds. She uses electrophysiological techniques to study brain activity during behavior. 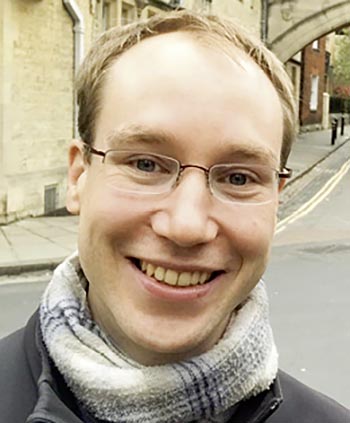 Bacteria are encountered in communities, both as pathogenic germs and as useful inhabitants of our bodies. Individual bacteria also come into direct contact with each other. Prof. Dr. Daniel Unterweger investigates the consequences of interactions between bacteria on their coexistence in a community and how bacteria kill each other.

Prof. Dr. Daniel Unterweger is a junior professor at Christian Albrechts University of Kiel and at the Max Planck Institute of Evolutionary Biology in Plön. After attaining his doctorate in bacteriology he researched and lectured as a scholar for the European Molecular Biology Organization (EMBO) at the University of Oxford. 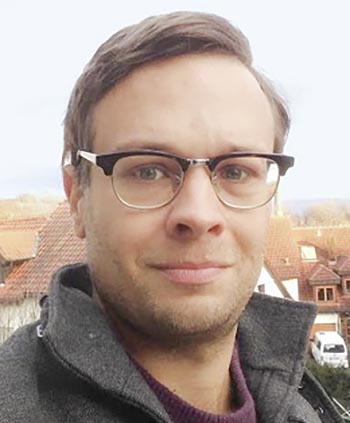 The Andes and the adjacent tropical forests of South America number among the only six regions of the world in which human civilizations started to cultivate plants several thousand years ago. This research project investigates the geographical origin and the prehistoric propagation routes of the individual cultivated plants, which are often still unclear, from the perspective of the approximately 150 indigenous languages of the northwest of South America. Similarities in the designations of cultivated plants in these languages are being sought. In certain cases, the designations are identifiable as loan words that accompanied the original prehistoric spread of the cultivated plants from one society to the next.

Dr. Matthias Urban is a general linguist. After attaining his doctorate at the Department of Linguistics of the Max Planck Institute for Evolutionary Anthropology in Leipzig, he undertook periods of scientific activity in Marburg and in Leiden (Netherlands). In 2017 he joined the Emmy Noethe Program of the German Research Foundation and has since headed a junior research group at the Eberhard Karls University of Tübingen concerned with the linguistic prehistory of the Central Andes. 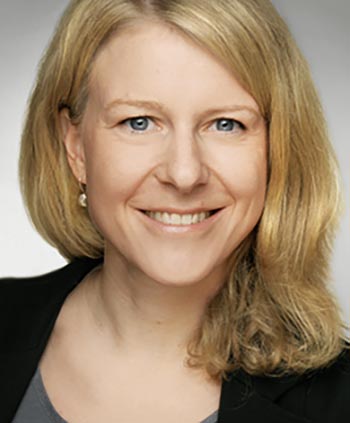 Post-traumatic stress disorder (PTSD) is a possible subsequent reaction to a traumatic event. Although effective approaches to treatment exist in trauma-focused psychotherapy, some subjects affected do not respond adequately to the treatment or suffer relapse. The planned study sets out to achieve a better understanding of the underlying cognitive mechanisms and their changes over the course of therapy, in order to ultimately optimize existing approaches to treatment.

Dr. Charlotte Wittekind earned a doctorate at the University of Hamburg and is currently active as a postdoctoral fellow at LMU Munich. In her research she combines fundamental and application-oriented experimental approaches with the aim of improving an understanding of the emergence and retention of psychic disorders and deriving therapies from findings in fundamental research.