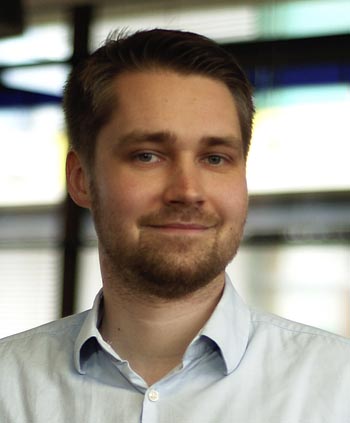 The vagus nerve, the largest cranial nerve, among other things transmits information from the internal organs to the central nervous system. It thereby assumes a key function in human motivational behavior, which attunes actions to physiological needs. Hunger, for example, "motivates" us to eat, and we "reward" ourselves with food. It is hoped that specific stimulation of the vagus nerve can pave the way for effective therapeutic options, such as influencing motivation in cases of depressive disorder. It is well known that these disorders are accompanied by defective motivation and impaired reward function.

A decisive step towards better understanding the process of vagus nerve stimulation has now been taken by Dr. Nils Kroemer and his research group at the Department of Psychiatry and Psychotherapy of the University Hospital of Tübingen. In a study of transcutaneous vagus nerve stimulation, the scientists showed that this method can demonstrably increase motivation to work for a reward. These findings were recently published in the journal "Nature Communications," which prompted the Foundation to ask Dr. Kroemer, current scholar of the Daimler and Benz Foundation, for an interview.

You've investigating the influence of the vagus nerve on motivational behavior in humans. What role does this nerve play in our decisions to take or not to take specific actions?
We asked ourselves the same question at first. There are very many ideas as to the role of the vagus nerve in human decision-making. We initially took animal literature as a basis: If you look at human literature, there's not much to be found on the topic of motivation, but rather on matters such as regulation of the heart rate or the perception of emotions. In animal studies, on the other hand, the role of the vagus nerve in the regulation of energy metabolism is relatively well documented. Over the past few years, it's been very convincingly demonstrated that the vagus nerve plays a key role in controlling motivation, via feedback as to whether for example there are currently calories in my stomach, or if I recently had a calorie intake. For an animal, it's a great challenge to control calorie intake such that at least the amount of calories consumed is restored to the body. So it's very important that motivation goes hand in hand with the intake of energy, in other words of food.

Your research team's study findings on vagus nerve stimulation were published in one of the top scientific journals, "Nature Communications," on July 16, 2020. What was the aim of this study?
We wanted to see if we could use vagus nerve stimulation to influence motivation. The aim on the one hand is to understand what the body normally does to regulate motivation, and on the other hand to determine how this could perhaps be used in therapy: We know that in depressive disorders, feedback between the peripheral organs and the brain is impaired, which also leads to changes in metabolism. It was therefore important to us to understand this mechanism and also to see if it would be suitable for therapy.

How does vagus nerve stimulation work for a patient in practice?
Stimulation devices used to be implanted, with a nerve branch stimulated cervically, i.e. via the neck. Non-invasive stimulation devices that are positioned on the ear have now been in use for some time. A branch of the vagus nerve, the so-called auricular branch, passes through the ear. This can be stimulated with a normal electrode in such a way as to influence brain signals. Since invasive stimulation necessitates an operation, the non-invasive method of course seems very attractive. It could be used with a much larger target group, also to support ongoing therapy.

You've been a scholar of the Daimler and Benz Foundation since 2020. What's your specific research objective for this two-year promotion phase?
In this study, we've been investigating what difference it makes when we apply stimulation over an extended period without food intake. In this scholarship phase we're also asking a further question: Is there perhaps an even better condition for stimulation - if one is neither replete nor hungry? When one is hungry, one is highly motivated to work for a reward. We established this in our original study. For our current investigations, we've chosen a condition between hunger and repletion. We believe we could then even reinforce the stimulation effect to some extent. We now want to examine this directly. And then, of course, we want to see to what extent this is relevant not only to psychic, but also to metabolic disturbances such as adiposis.

Would scenarios be conceivable in future in which vagus nerve stimulation is also used for manipulation purposes? Could "gut feelings at the press of a button" be generated with this method that very specifically influence our behavior in a particular direction?
This is of course what we wish for a therapy, but it inevitably always raises ethical issues that are difficult for us as researchers: We want to open up this method for therapy. With anything that's fundamentally utilizable in therapy, one could of course consider how it could be used by somebody who doesn't actually need this therapy at all. Could vagus nerve stimulation for example be used to make us like something that we wouldn't have liked otherwise – or to suddenly make us work for something that we really don't want at all? We can't yet answer this question; but what we can say is that we then seem prepared to put more effort into attaining rewards that we don't really want at all. This is something we want for depression therapy. But of course, I could also imagine scenarios in which this could be unpleasant for the person involved. Would employers perhaps use this method to make their employees more productive? As researchers we shouldn't be blind to questions like these, but ultimately it's about regulating possible uses of vagus nerve stimulation. We wouldn't really recommend far-reaching applications.

At present, the effects don't give any cause for concern that one would be led to do something one wouldn't want to do at all. Vagus nerve stimulation isn't a magical cure-all. But we're of course trying to increase the strength of its effects to make it suitable for clinical applications.

And finally a question on a current topic: In your scientific work, you too are no doubt affected by the restrictions regarding the Corona pandemic. How do they relate to your work, and how do you deal with them?
All our time schedules have of course been ruined. We're currently conducting a study with depressive patients, and we've had to put it on ice for more than three months. We've also had to suspend other studies for a long time with patients suffering binge eating disorder. Since this disease isn't so frequent, it's not at all easy to arrive at the necessary case numbers. We have projects that run for a limited time but also involve an ambitious work schedule. They tend to be underfunded. And now that the Corona pandemic has set in, it's very hard to make up for the lost time. All we can do is to rely on the personnel and material available to us. It's often students that work with us on these projects and are properly familiarized with them. They really have to pitch in hard to somehow compensate for the time we've lost. The parallel project support from the Daimler and Benz Foundation has really helped us, so that we can now employ a further assistant. The university clinics are faced with the additional problem of loss of earnings. We don't know yet whether another break will be necessary; all we know is that the project costs are continuing; the employees are on the payroll. We can't say whether at the end of the day people will acknowledge that it was external circumstances which caused our delays.

Dr. Nils Kroemer studied psychology at the Technical University of Chemnitz. He then obtained a doctorate at the Technical University of Dresden in 2013 with his thesis "Faced with food: neuromodulation of reactivity to food images," which was honored with the Werner Straub Prize from the Faculty of Psychology. After participating in postdoctoral groups at Yale University and TU Dresden, he has headed a young research group on the neuroscience of motivation, actions and desires at the University of Tübingen since 2017. 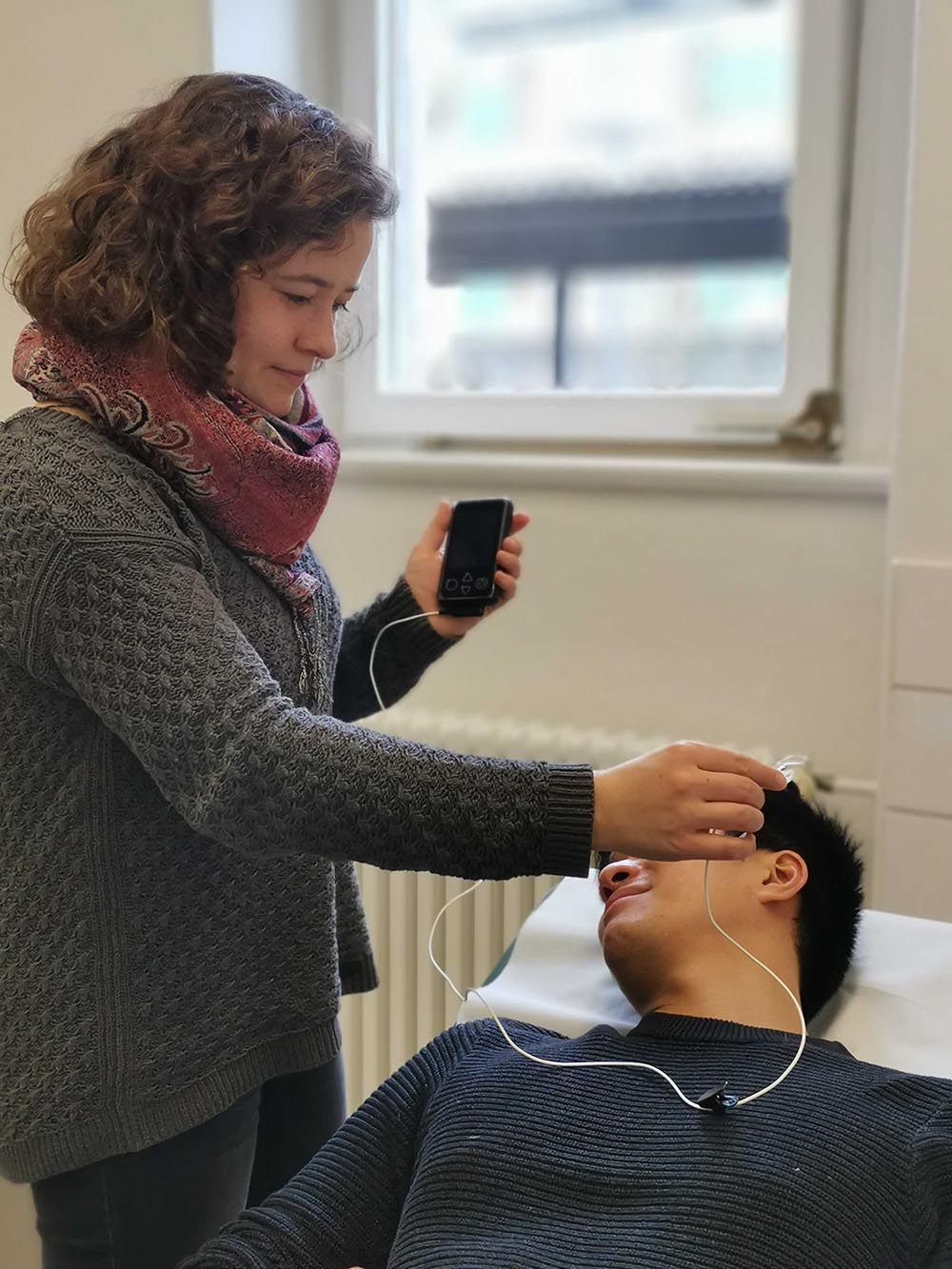