The bureaucratization of Islam and its social consequences in Southeast Asia. 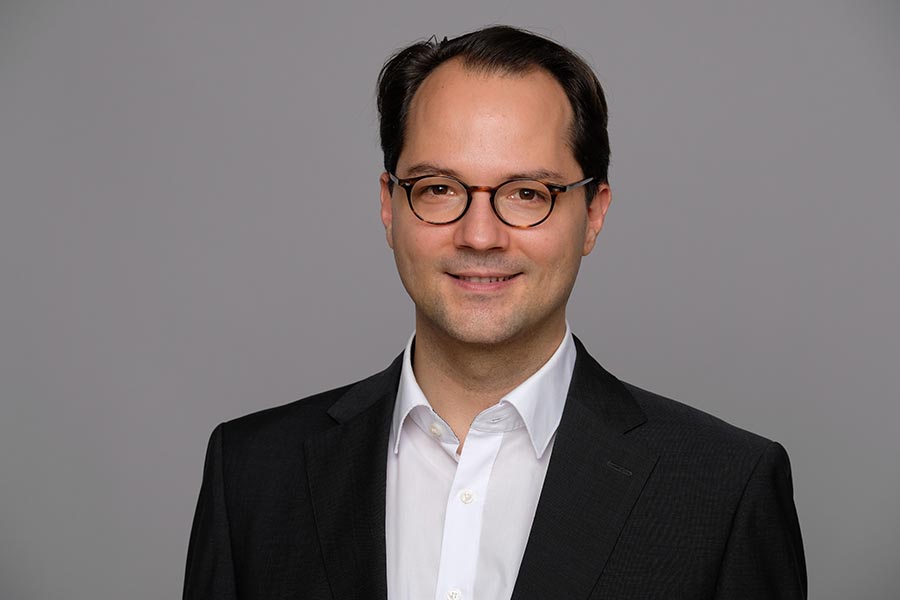 Prof. Dr. Dominik Müller is director of an Emmy Noether Junior Researchers’ Group subsidized by the German Research Foundation (DFG), which investigates the bureaucratization of Islam and its social consequences in Southeast Asia from an ethnological perspective. His research is concerned with the topic of “Social Categorization and the Negotiation of Religious State Power in Southeast Asia” and he has held a scholarship from the Daimler and Benz Foundation since 2018. In November 2019, he took up a position at the Friedrich Alexander University of Erlangen-Nuremberg, where he lectures as an ethnologist as part of the interdisciplinary elite program “Standards of Decision-Making Across Cultures.” The Foundation asked him for an interview on current developments in this field.

On July 31, 2019 you came to the Friedrich Alexander University of Erlangen-Nuremberg as Professor of Cultural and Social Anthropology, a position that had been established as part of the elite program “Standards of Decision-Making Across Cultures.” Has this scholarship from the Daimler and Benz Foundation helped to further your academic career?
The scholarship has undoubtedly been a great support. It enabled me to establish two workshops in Harvard and Oxford that gave rise to a cooperation that is now being continued at subsequent events and in a scientific publication. The fact that I could convince the Foundation’s selection committee of my project has quite definitely contributed to the visibility of my research and helped it take shape.

What was your experience of the Foundation’s academic selection procedure?
It was demanding and exciting! The invited candidates were divided into groups from a wide variety of disciplines, and they were confronted with challenging questions following their brief presentations. I learned a great deal in this process – from fields of study that I otherwise hardly would have come into contact with. I remember some of the presentations as if it were yesterday. They were all of high quality.

You have already taken part in two annual reunions of current and former scholarship-holders in Carl Benz House and have also presented your scientific project there. How did you find the interdisciplinary interchange with the other alumni and scholars?
Some impressive projects were presented – concisely and in a readily comprehensible way, which is no simple matter in view of the complexity of many topics. The evening lectures were also genuine highlights, not least because they were presented very authentically by outstanding personalities. My conversations with the other scholars, alumni, and representatives of the Foundation offered unimagined opportunities for exchange.

What has made the most lasting impression on you in your field research in Brunei, Malaysia, and Singapore?
On each journey, I learn something new that forces me to put into question things I thought I knew. My research on Malaysia’s Islamist opposition party left a lasting impression on me. I investigated its opening to forms of expression in pop culture that had previously been rejected as un-Islamic. An exorcism center in Brunei was also impressive. Magic was recently declared a criminal category by the government of Brunei in the course of a major legal reform that was supported by academics who saw it as scientifically founded. An event staged by the Islamic authorities of Singapore, at which an expert from Stanford advised the mufti of recent trends in biotechnology with a view to ethical debate, revealed an entirely different variety of institutionalized Islam – worlds apart from many people’s understanding of Islamic bureaucracy. A tour of Germany with the Vice-President of the Malaysian Islamic Party was also a special experience. That which is supposedly alien is often closer to us than we think. A scientist from an elite Parisian institute recently told me of supernatural experiences, and in Frankfurt one hears of business shamans. As an ethnologist, I savor moments that refute popular distinctions such as those between the rational and irrational, magical and scientific world views, or Western and non-Western cosmologies.

Your research work has also led to contract research projects. In what ways can your research be put to specific use?
I carry out fundamental research that generates ethnological knowledge regarding Islam, politics, and society in Asia. This type of research is descriptively empirical, in the ideal case generates theories, and is independent of considerations of application. Nevertheless, I am regularly approached by interest groups from outside the university. For example, I carried out a contract research project on the Malaysian management of Islamic alms-giving for a German institution that advised an African government on the alleviation of poverty. I have also been active as a human rights reporter. My expertise on the reform of Sharia penal law in Brunei was recently sought by media such as the BBC, the Washington Post, Spiegel Online and the Asia Times, by diplomatic representations and Amnesty International, and in legal proceedings concerned with political asylum. But I have also had to decline some enquiries for reasons of research ethics.

In Brunei, for example, you have worked together with Islamic state authorities, and with socially esteemed people close to government circles who operate a “Medical and Exorcism Center in Conformity with the Sharia.” How can you describe their motivation to cooperate with you as a Western researcher whose (scientifically) critical standpoint must have been known to them?
A representative of this center was active in scientific management herself, and others also have university degrees, so they could well understand my wish for systematic development of empirically sound knowledge about their work. They also see their work as scientifically founded. Others simply wish to inform of a truth that they accept as such. However, I also must say that in this case my motivation for a cooperation was much greater than that of the center. The situation was different with Malaysia’s Islamist opposition, where some protagonists saw my research as a chance to internationally communicate a positive image of their party.

Where do you see the greatest cultural differences between the countries in which you carry out research and Germany? And where do you see similarities?
Sweeping statements about cultural differences between countries are problematic. The danger consists in implying that people have a kind of cultural DNA and thereby negating the complexity of individual characteristics. Ethnology refutes the notion of territorial cultural groups. I personally often feel closer in cultural terms to colleagues in Asia than to many of my German neighbors. In our globalized world, individual culturalization often functions beyond national demarcations. While cultural differences of course exist, an undifferentiated concept of culture is more detrimental than it is analytically helpful, especially when nationalistic and identity-political delimitation narratives enter into the equation. Incidentally, there are correlations for example between Brunei’s bureaucratized exorcism and European esotericism, which underscores global interrelationships.

Finally, if we were to ask you as an international researcher of bureaucracy: In all honesty, which type of bureaucracy is more problematic and is more treacherous for applicants – that encountered in Southeast Asia, or our local brand?
Routine complaints about the machinations of bureaucracy are a cultural, and therefore acquired model, in Asia just as in Europe. Bureaucracy definitely follows characteristic patterns of logic that provoke resistance. And bureaucracies like to present their work as objective, depersonalized, and rational, while all involved know that this is fiction. But while bureaucracies may be treacherous, they also open up scope of action and micropolitical arenas. This is basically no different in Germany than it is in Asia. Each individual instance of bureaucracy is of course unique, and the devil is in the detail – although protagonists of Islamic bureaucracies would perhaps like to add that God invariably plays a role here too.

Dominik Müller attained his doctorate in 2012 at the Excellence Cluster “The Development of Normative Orders” in Frankfurt with a study on the emergence of “pop Islamism” in Malaysia. This was followed by a postdoctoral fellowship at the Excellence Cluster in Frankfurt and guest fellowships at Stanford University, the University of Oxford, the National University of Singapore, and the University of Brunei Darussalam. He established his Emmy Noether Junior Researchers’ Group at the Max Planck Institute for Social Anthropology (Law & Anthropology department) in 2016. Over the past two years, he also completed two fellowships at Harvard Law School, the second of which was co-subsidized by the Daimler and Benz Foundation. Since November 2019, Müller has been W2 Professor of Cultural and Social Anthropology at the Friedrich Alexander University of Erlangen-Nuremberg. He has conducted ethnographic field research into religion and politics in Brunei, Malaysia, and Singapore, and supervises further projects in Indonesia and the Philippines. in the past three years, Müller has organized numerous international workshops and conference panels on relations between the state and Islam in Southeast Asia (e.g. in Harvard, Oxford, Cambridge, Toronto, Washington D.C., Denver, Singapore, and Seoul) and has been invited to deliver guest lectures in Stanford, Berkeley, Paris, Prague, Leiden, Palu (Indonesia), and Brunei. 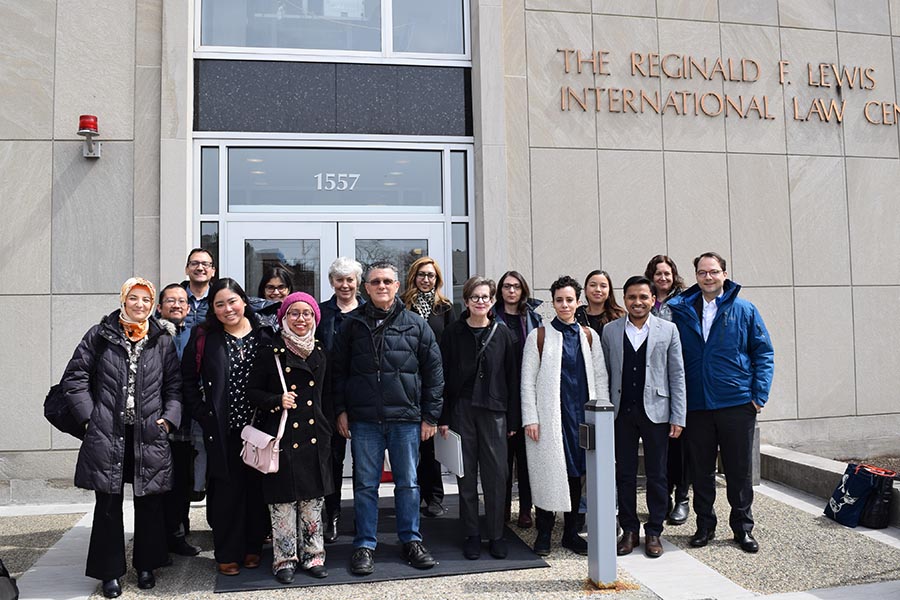 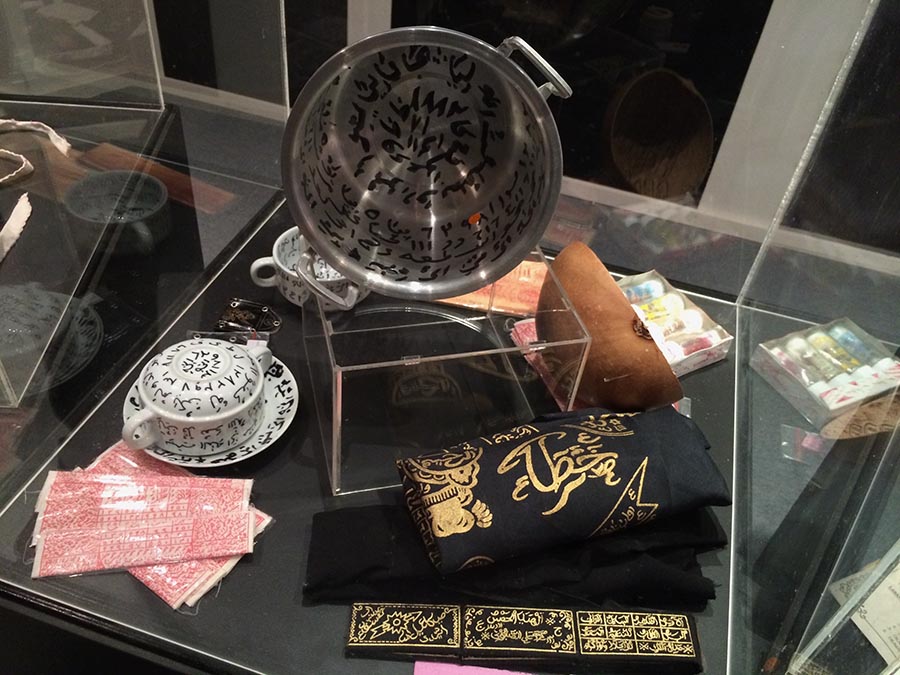 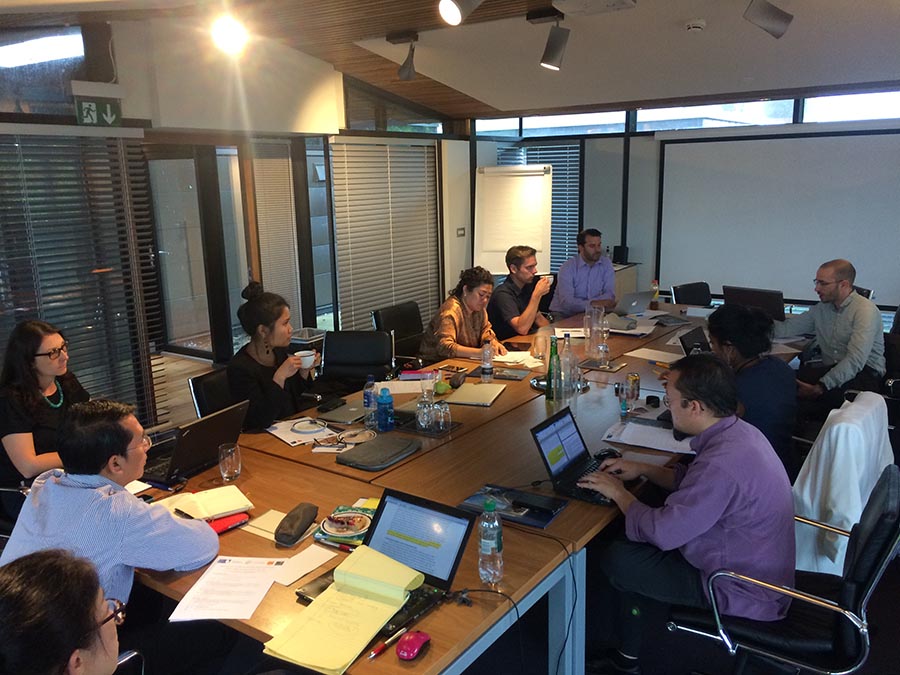