Departing from the Film Hero, and the Sum Total of Subjective Truths 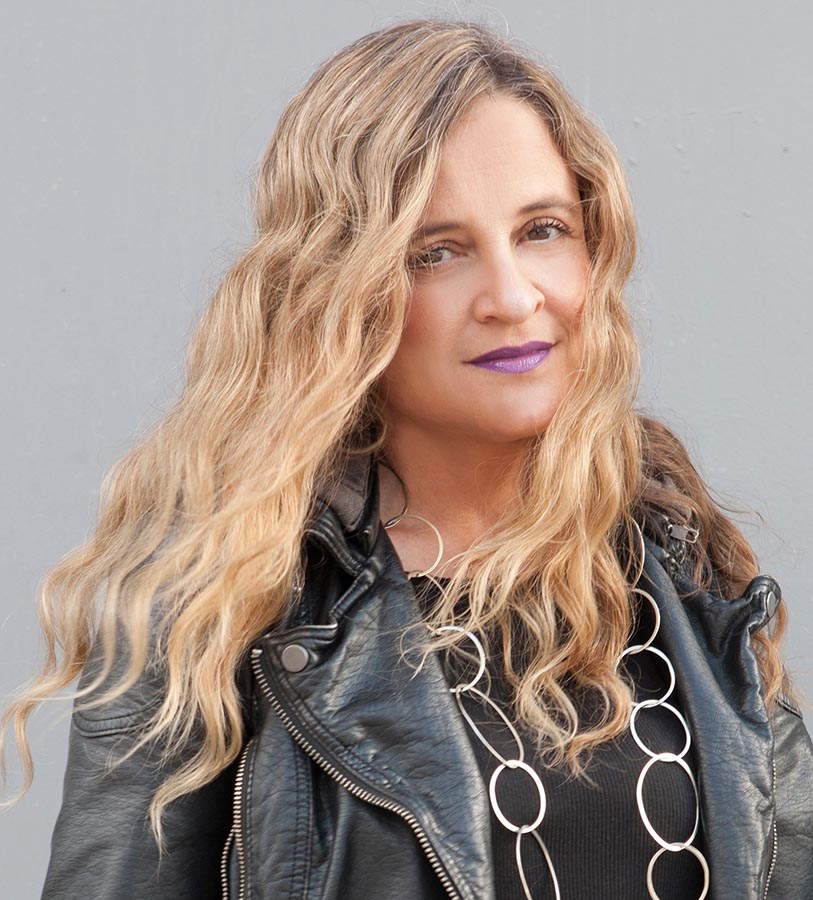 Since the annual series of gatherings of current and former scholarship-holders has not been able to take place due to the COVID-19 pandemic, and in view of the good response to the first meeting conducted online in June 2020, the Association of Alumni and Scholars decided to stage further gatherings in this format. On July 13, 2020 Dr. Christina Kallas reported on her work and her career.

At the second virtual gathering of scholarship-holders this year, the author and film director Dr. Christina Kallas spoke about her work and her distinctive way of telling stories. A Greek by birth, she studied cinematography and musicology in Germany. With support from the Daimler and Benz Foundation, she earned a doctorate in cinematography at the Free University of Berlin in 1992, after which she worked in film and television. She was a co-author of the Sat.1 TV series “Edel & Starck” and wrote the script for the movie “The Commissioner,” which premiered in the official competition of the Berlin Film Festival, and for several episodes of the series “Danni Lowinski,” also broadcast by Sat.1, which received several prizes including the German Television Award and the German Comedy Award. She was a full member of the Selection Committee and Chair of the Script Committee of the German Federal Film Board (FFA) from 2006 to 2009, and was President of the Federation of Screenwriters in Europe (FSE) from 2006 to 2014. Kallas taught at the German Film and Television Academy Berlin (DFFB) and the International Film Academy of Cologne (ifs), and has published several books on writing film scripts.

Kallas has lived in New York since 2011, where she works as a scriptwriter, director, and producer: “I found that life here fits in well with what I was most interested in: diversity, internationality, and the opportunity to address the whole world from here.” As a member and head of the juries for various international film festivals such as the St. Louis International Film Festival, the Fusion Festival Film New York, the Athena Film Festival, and the Slamdance Film Festival, her expertise is very much in demand both in the USA and in Europe. Kallas also lectures in screenplay and direction, for example at New York University, Columbia University, the Feirstein Graduate School of Cinema, and the School of Visual Arts in New York City.

She ventured into making writer-director films in New York, where she found her very own voice, her “signature.” Kallas is now working on her third film as writer-director. The series of three films, described by American critics as a “Gun Trilogy,” are “42 Seconds of Happiness” (2016), “The Rainbow Experiment” (2018), and “Paris is in Harlem,” which is currently at the post-production stage.

Having lived in many different locations in various countries, she was already able to acquire the perspective of an outsider at an early stage, which also found its reflection in the way she tells stories. “Normally, the story of a hero is told; a film normally concentrates on one figure, the so-called protagonist.” Guided by the idea that truth is the sum total of many perspectives, or of many subjective truths, with her cinematic narrative technique Kallas works on “simultaneously perceiving and recognizing these different points of view.” She uses a technique she developed herself, so-called “emotional structure.” The three films of her “Gun Trilogy” all have multiple perspectives, she explains; they relate an event from the different viewpoints of the figures involved, and the resulting diversity of perspectives allows the events to be experienced in very different ways.

Kallas sees the crisis of the COVID-19 pandemic, which has hit her sector particularly hard, also as a chance. She currently feels a heightened need for flexibility and adaptability in all areas; this suppresses specialization. The pandemic suddenly requires a turn to an expansive, generalized mode of thinking. The simultaneous perception of different perspectives has also become more important in science, she says. This also will give rise to increasingly non-linear narrative structures: “In the old way of thinking, a story has a beginning, a middle, and an end. We’re now experiencing an entirely different feeling for time; we’re starting to perceive time differently. And who knows – in the stories of the future, the beginning, the middle, and the end will perhaps all be there at the same time.”