Gathering of Scholars, Fellows, and Alumni 2017

Former and current scholarship-holders met in Berlin from September 22 to 24. They discussed academic matters and professional careers, along with current social and scientific issues. These gatherings of the Foundation’s fellows have taken place almost without interruption since 1993.

The gathering was opened on Friday, September 22, with a guided tour of the Ytong plant in Brück just outside the German capital. Dr. Hartmut Walther explained the production of aerated concrete and introduced the research center of the Xella Group. The Saturday started with a walk around Harnack House, with the history of science as its theme. Prof. Dr. Arno Schindlmayr pointed out the many former buildings built for the new Max Planck Institute in his introduction to the history of the Max Planck Society. The tour focused on matters such as thematization of eugenics and nuclear research in the first half of the 20th century.

The academic program was opened by Dr. Georg Riegel, General Manager of deZem GmbH, with a presentation on Internet-based measurement data transparency. He then stimulated a discussion about making raw sensor data available, for example data on ocean warming, in order to promote a soundly based public discourse. This was followed by a lecture from Dr. Markus Höhne, who took the fellows along to northern Somalia. Here, the ethnologist, whose work has been subsidized in the postdoctoral program since 2014, observed exhumations of mass graves from the time of the Civil War. Höhne impressively described how forensic examinations provided extremely precise information on the circumstances of death. Astonishingly, however, this procedure came into conflict with the expectations of the local inhabitants – whose foremost desire was often merely to identify the bodies and leave the past behind.

Dr. Darius Ebrahimi-Fakhari gave a presentation on genetically conditioned illnesses. He presented his investigations of plastic paraplegia SPG47, a neurodegenerative illness that has only been diagnosed in five children worldwide. His research is expected to yield effective methods of treatment for this rare disorder. Dr. Eva Koziolek presented her scientific work on the development of non-invasive imaging methods at the Berlin Experimental Radionuclide Imaging Center. Dr. Afrah Eltayeb Mohammed described her research on the extraction of silver and iron nanoparticles from plants. These metals can already be successfully extracted; a possible future application would be the extensive remediation of contaminated soils. Dr. Ralf Adam, Head of Clinical Research at Procter & Gamble, presented current research contributing to the development of the latest generation of electric toothbrushes and demonstrated on the basis of this data how monitoring the toothbrushing process can increase its effectiveness – e.g. by means of face recognition via smartphone. The academic program concluded with a presentation by guest speaker Michael Schmidt-Salomon, Spokesman of the Giordano Bruno Foundation. In his lecture on “The Limits of Tolerance” the publicist and philosopher explained why unlimited tolerance is ineffective in the battle against demagogues and how the right measures can be adopted to defend an open society. 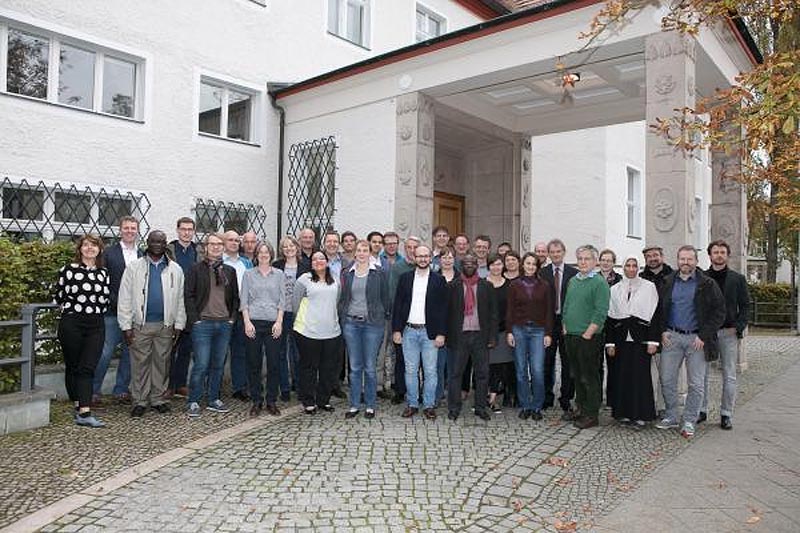