Gathering of Scholars, Fellows, and Alumni 2018

From September 21 to 23, around two dozen current and former scholarship-holders came together for the 2018 annual gathering at the Ladenburg representation.

Prof. Dr. Lutz H. Gade, a member of the Executive Board of the Daimler and Benz Foundation since 2018, opened the academic program at the representation with a welcoming address in which he emphasized the enduring significance of support for young researchers in the work of the Foundation. In the first lecture of the afternoon, Prof. Dr. Frauke Rostalski from the University of Cologne, who was supported by the Foundation in 2016 for her dissertation on the notion of offence in criminal law, then discussed whether so-called fake news is covered by the Network Enforcement Act (NetzDG). Her presentation dealt with the question as to whether a legal claim exists to uphold the truth, and also touched on the issue of citizens’ maturity and the role of the media in a pluralistic society.

Dr. Damien Farine form the Max Planck Institute of Ornithology in Radolfzell then reported on the results of his research project subsidized by the Foundation concerning the dynamics of collective movements of groups. In light of his observation that the group of baboons examined included both dominant and subordinate individuals, Farine posed the question as to whether the dominant individuals were also the leaders of the group. For this purpose, the baboons were tracked by means of GPS transmitters over a period of 30 days. It turned out that not only the behavior of the dominant individuals influenced decision-making in the group, but also that of the majority and particularly of the closest neighbors in the group. Excessive dominance of an individual can also trigger a revolt by a sufficient number of subordinates. Farine is currently examining the decision-making behavior of considerably larger groups of vulturine guineafowl in order to determine whether dominance in fact plays any role in leadership.

Dr. Simon Munzert from the Humboldt University of Berlin reported on ways in which members of a (user) group are influenced. In his research project supported by the Foundation, the political scientist examines the activity of citizens and elite groups on the Wikipedia marketplace of political information. Munzert reported that the Internet has now reached second place on the list of the most used information media – behind television, but ahead of the print media – and that his questionnaires revealed that the online encyclopedia Wikipedia, the seventh-most frequently visited website worldwide, is seen by its users as a trustworthy information medium. As Wikipedia, with currently 450,000 articles on politically active persons, is a manifestly political platform, Munzert evaluated the data available relating to edits of these Wikipedia articles on politicians and examined what could be inferred regarding the purpose of these edits.

Dr. Bilen Emek Abali from the Technical University of Berlin is receiving support from the Foundation for his work on the multiphysical simulation of lithium-ion accumulators. In his presentation he described how non-commercial algorithms enable integrated thermomechanical and electrodynamic simulation of physical systems such as accumulators. Whereas expensive commercial offers provide an intuitive user interface and ensure maintenance security, they restrict the users through a given choice of materials and application fields and by the non-accessibility of the program code. Non-commercial open source programs are superior in this regard, said Abali, since all equations included in the calculation and all parameters in the program code are freely accessible and editable.

The afternoon program concluded with a presentation by Dr. Michael Fritz from the Helmholtz Center for Polar and Marine Research in Potsdam. His work on the quantification of the flow of carbons, nutrients, and sediments in the coastal regions of the Arctic and along eroding permafrost coasts was subsidized by the Foundation in 2016. Using time-lapse photography, Fritz impressively demonstrated to the fellows the loss of permafrost soils on the Arctic coast. The volume of methane in the atmosphere in the year 2100 is expected to reach ten times today’s level, although these estimates are controversial, said Fritz. Reliable inclusion of permafrost soils in climate scenarios is one of the great challenges of climate research.

Prof. Dr. Stefan Jordan from the Astronomical Calculation Institute (ARI) at the Center for Astronomy of the University of Heidelberg presented the latest data from the Gaia mission in his public evening lecture in the Domhof Hall of the City of Ladenburg. 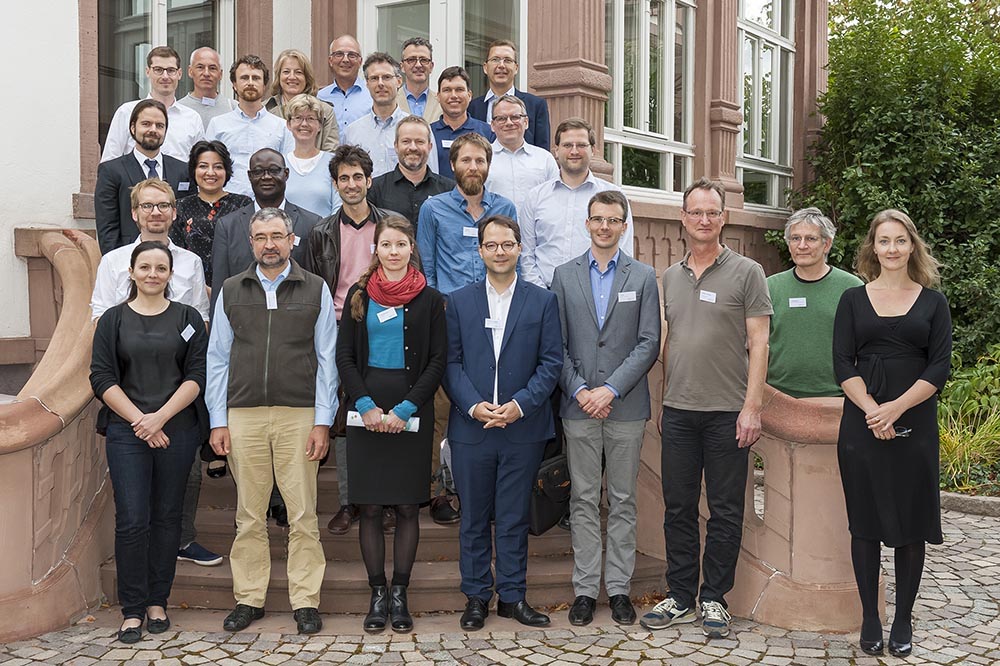