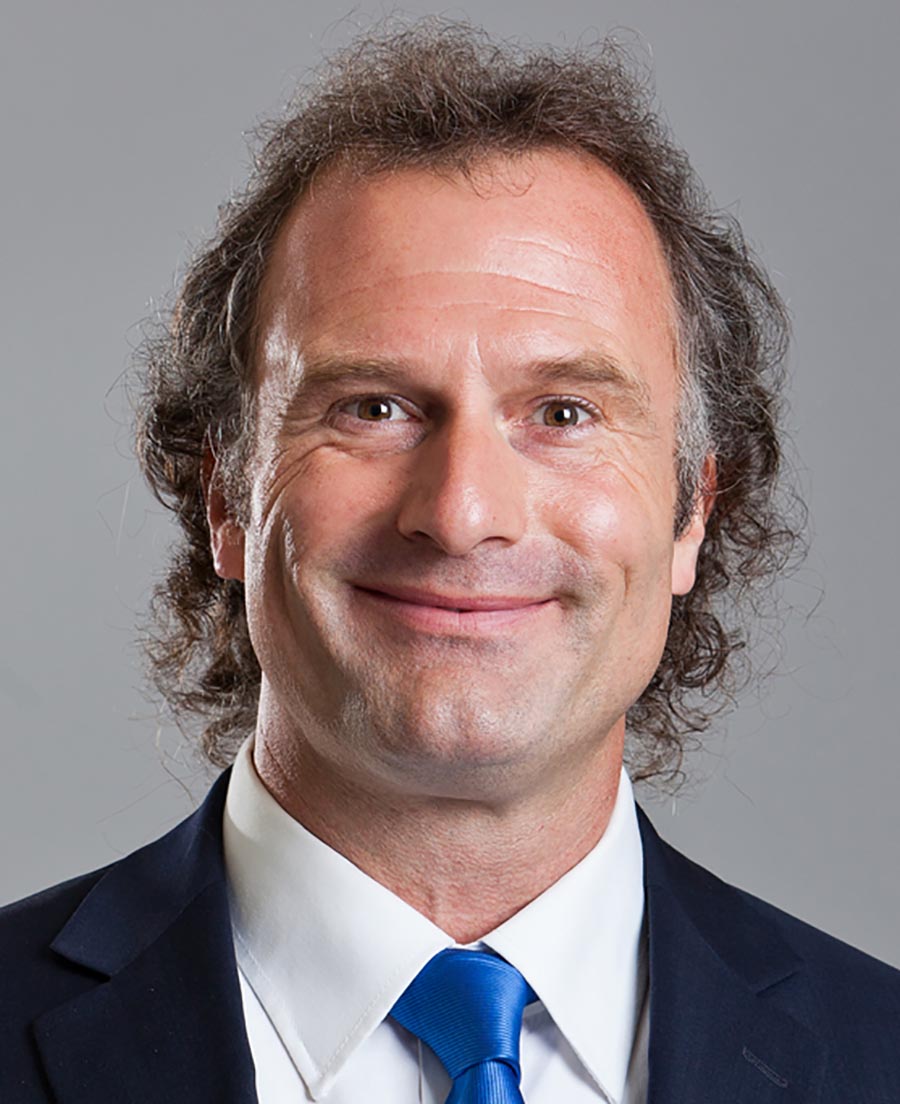 “In the year 2000, almost half of the institutes of forensic medicine in Germany were threatened with closure, without this being of concern to anyone.” With these words, Prof. Dr. Marcel A. Verhoff began his lecture on the once dismal state of his field of expertise. Since then, he said, the German Society of Forensic Medicine has increased its efforts to raise public awareness of this discipline, which is so indispensable in medicine. Today, forensic medicine is highly popular in the media, he continued, due for example to the forensic physician Prof. Karl-Friedrich Boerne in the German television crime series Tatort.

With his lecture Verhoff, who holds the Chair of Forensic Medicine at Goethe University Frankfurt and is Director of the Institute of Forensic Medicine in that city’s University Hospital, provided deep insights into his many-faceted field, and explained in particular the importance of post-mortem examinations for understanding the course of diseases and causes of death; he also pointed out the perspectives opened up by new diagnostic methods such as molecular autopsy.

According to Verhoff, forensic medicine and pathology are often confused with one another. Both disciplines perform autopsies, but for different reasons: While pathology mainly involves clinical autopsies to clarify natural causes of death, forensic medicine has the task of clarifying non-natural causes. In fact, however, forensic medicine deals with many more living patients than corpses, he said, as is the case for example when persons are examined for injury (e.g. in cases of assault) or when paternity tests are performed. “Almost all scientific findings that serve to establish facts in the constitutional state are to be found in the field of forensic medicine,” Verhoff said.

The forensic specialist gave an overview of the various types of post-mortem examinations, starting with the initial examination, which in Germany may be performed by any licensed physician and must be performed on every deceased person. In this process, the corpse is examined externally. If a corpse is to be cremated, a further post-mortem examination is mandatory; this may only be performed by a specialist such as a forensic physician. The forensic post-mortem, for which a forensic pathologist may additionally be called in, is carried out in the presence of a public prosecutor, he said: “This is the legal basis for a forensic pathologist to attend the scene of a crime.”

The initial post-mortem examination by a physician has a “crossroad” function, Verhoff explained, because the doctor determines here whether the death was natural or non-natural, or if the cause of death is unclear. In the latter two cases, he said, a criminal coroner’s inquest must be held; this initiates a death investigation inquiry. “The initial medical post-mortem is a very important task – not only as a last service to the deceased, but also for the living,” Verhoff emphasized.

Internal post-mortem examinations (also known as obductions), in which the corpse is opened, include the forensic post-mortem examination, with the special characteristic that it must be carried out by two physicians (“four-eye principle”). The forensic post-mortem, as part of death investigation inquiries, is the core task of forensic medicine. The most common type of autopsy should actually be the clinical section, in which an autopsy is performed on a person who has died in hospital, for the purpose of quality assurance and for medical education and training. This process serves to determine the cause of death, to compare it with the clinical assessment, and then to determine whether the best possible treatment has been given, he said. “This is the real drama in Germany, since these clinical sections are hardly ever carried out anymore,” Verhoff said. These days, the cause of death is often determined in a mortality conference, where the responsible physicians reach an agreement on the cause of death. “Then the case is closed.”

Verhoff emphasized the importance of the knowledge gained from autopsies for the treatment of COVID-19 patients, for example. It is only autopsies that enabled the extent of damage to the lungs due to COVID-19 to be determined. Furthermore, autopsies revealed inflammation in vessels such as thrombi and blood clots, which ultimately proved fatal. As a result, anticoagulants were also used for treatment of COVID-19, which immediately increased the survival rate. “These simple findings, which no one had previously expected, were only possible thanks to autopsy,” Verhoff emphasized.

The speaker used a number of further examples to stress the importance of autopsies for the living, and in this connection addressed the task of forensic medicine in cases of suspected sudden cardiac death – sudden death due to a diseased heart: “Around half of all cases of sudden cardiac death occur in ostensibly healthy persons.” When sudden cardiac death occurs in young people under the age of 40, forensic medicine is much more likely to be involved, since the unexpected death of a young person can always raise suspicion of homicide. From a legal perspective, Verhoff continued, the case of a non-natural or unexplained death is normally closed if no so-called third-party responsibility is established. “It is then the duty of the constitutional state to determine whether these cases must lead to prosecution. The question is whether some person may require to be punished,” Verhoff said. If the autopsy establishes a cause, such as stroke or heart attack for example, that indicates a natural death, the case is closed for the prosecutor because there is no third-party responsibility involved, Verhoff explained. Should toxicological and histological analyses still fail to establish the cause of death, the state’s investigative duty is fulfilled.

“However, this does not clarify deaths of young people which may be due to hereditary factors.” It is important to determine precisely this, he said, in order to assess possible consequences for the relatives. So in cases of sudden cardiac death of unknown cause, when the family already has had a history of sudden deaths, he said, it is important to retain tissue from the autopsy that would make genetic examination, so-called molecular autopsy, possible. The relatives are examined in parallel, and a specific search is undertaken for genes that indicate a risk of sudden cardiac death. Verhoff mentioned Germany’s only outpatient clinic for sudden cardiac death and familial arrhythmia syndrome, at the Institute of Forensic Medicine in Frankfurt, where patients can receive genetic cardiac counseling in consultation with the Department of Cardiology.

The careful performance of post-mortems by a physician is indispensable for identifying dangers to other persons, Verhoff concluded. “Only with autopsy and supplementary examinations, including molecular autopsy, can the exact cause of death be established. This can prevent other people from suffering the same fate.”

Speaker
Prof. Dr. Marcel A. Verhoff has held the Chair of Forensic Medicine at Goethe University Frankfurt since 2013; he is also Director of the Institute of Forensic Medicine at the University Hospital. Scientifically, he is involved in the identification of perpetrators by means of forensic DNA analysis, determination of post-mortem intervals, and evaluation of bony structures.
Further information
https://www.kgu.de/fileadmin/redakteure/Institute/Rechtsmedizin/FMP/Rescued-Flyer-aktuell.pdf