Was Immigration Responsible for the Fall of the Roman Empire? Late Antiquity as a Model Case in Migration History 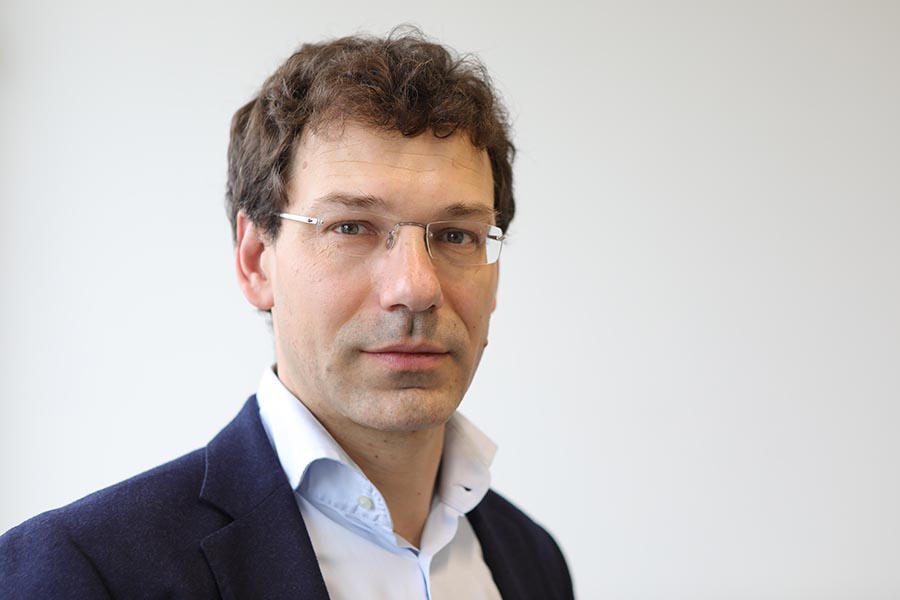 “Ancient historians are not used to their work being at the center of debate in society at large,” Prof. Dr. Sebastian Schmidt-Hofner said at the beginning of his lecture. This ancient historian holds the Chair of Ancient History at the University of Tübingen and carries out research on late antiquity in Europe in the period roughly between 300 and 700 A.D. The general interest in his field of research changed in 2015, Schmidt-Hofner said, when the word “Völkerwanderung” (migration of peoples) was once again on everyone’s lips during the refugee crisis. “The word ‘Völkerwanderung’ usually gives rise to a diffuse concept of history that invokes connotations all revolving around threats, violence, loss of control, rapid social change, a deconstruction of order, and the decline of historical achievements,” he explained. And this leads us directly to the equally diffuse historical image of the fall of Rome. Analogies between modern migration and the so-called European Migration Period are problematical, however, since they do not do justice to the complexity of historical events and in many respects do not correspond to the state of debate in historical scholarship.

The question posed in the title of the lecture, whether immigration was responsible for the fall of the Roman Empire, was only rhetorically intended and could clearly be answered in the negative, Schmidt-Hofner continued. Rather, he wanted to use this question to characterize an understanding of history that sees this period as a model of modern migrations, and to contrast this historical narrative with an alternative interpretation of the mobility phenomena of that period. Historical academia is currently working to this end, Schmidt-Hofner said..

For many, the word “Völkerwanderung” conjures up images of maps in textbooks and encyclopedias that focus on certain processes of migration among large Germanic groups (Goths, Vandals, Suebi, Lombards, etc.). These representations depict extended continuities of ethnically more or less homogeneous clans or peoples, who would have undergone migration over long distances throughout many generations. Such representations ultimately suggest a causal connection between the migrations and the collapse of Roman rule. “All of this is outdated today,” Schmidt-Hofner emphasized. These history books in fact portray only a small fraction of the migration processes of that era. More recent depictions describe the fall of Western Rome not as driven by migration, but as a consequence of civil wars. “The barbarian warrior bands merely intensified their effect.”

Concerning the idea that peoples are communities of descent that remain stable over the course of generations with distinct cultural characteristics, which could then also migrate as such stable entities without losing these features, there is now a great deal more skepticism in research. “Today, ethnicity is seen rather as a subjective construct – a self-attribution that associates membership of a group with certain sociocultural identity markers, such as language, customs, religion or religious denomination, sagas of origin, and historical tradition,” Schmidt-Hofner explained. It is also assumed that ethnicity is only one of several sources of identity and is thus an element that can undergo transformation and can emerge and pass away: “This constructivist view of identity has implications for how we must imagine social and cultural change through processes of migration in late antiquity and, very specifically, also for the formation of the post-Roman societies of Western Europe.” This is not a matter of one culture replacing another, he continued, but is rather concerned with open processes of negotiation between the established population of an area and newcomers. While these processes are of course accompanied at times by conflict or violence, the mutual exchange promoted by a fundamental openness of identity and culture is a formative factor for society.

Professional debate is now increasingly turning to these processes of negotiation, Schmidt-Hofner said. He gave a brief insight into his own field of research, the immigration of the Visigoths and Burgundians into southern Gaul in the 5th century. “What we have seen here is a piece of micro-history from the Migration Period, in which the narrative of a migration of peoples with catastrophic effects, which has long been imposed on this important transformational phase of European-Mediterranean history, plays at best a secondary role,” he summarized. To understand the migration processes of that period, he said, one must delve as deeply as possible into the regional and local levels in order to observe interactions and dynamic processes there. “This is an entirely different approach from the great migration narratives,” Schmidt-Hofner emphasized in conclusion.

Speaker
Prof. Dr. Sebastian Schmidt-Hofner Hofner researched and taught at the universities of Heidelberg and Basel; in 2014, he was appointed to one of the two Chairs of Ancient History at the University of Tübingen. Schmidt-Hofner received the Heinz Maier-Leibnitz Prize of the German Research Foundation and has been a full member of the German Archaeological Institute since 2016.