We Are Not Alone. How Microbes in the Gut Influence Our Lives 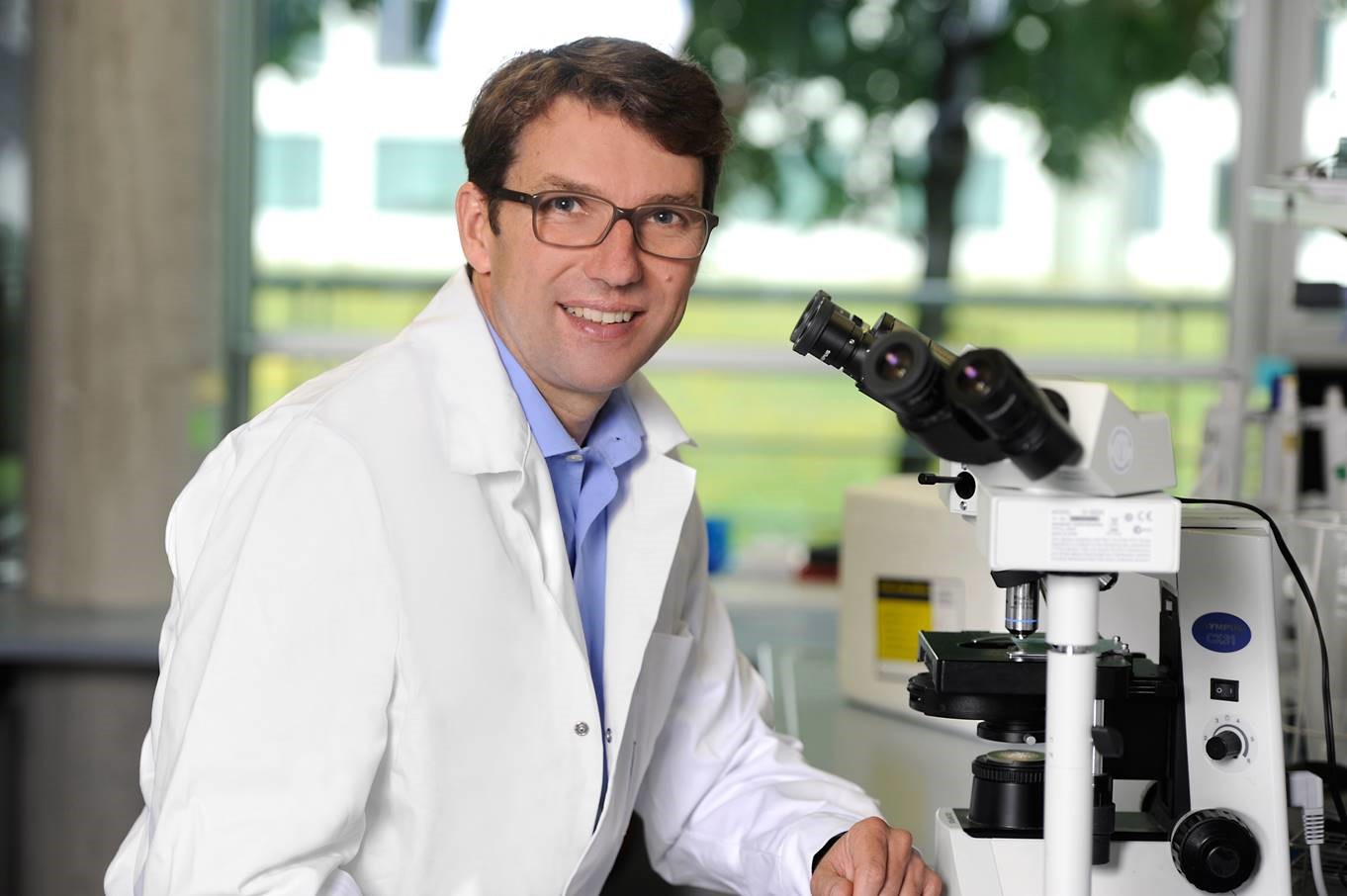 The most densely populated ecosystem on this planet is within us – in our intestines. Consistently warm, moist and provided with a reliable supply of nutrient, this habitat is a veritable paradise for microorganisms. 108 bacteria live in our small intestine, 1013 in our large intestine. And just 100 grams of stool contain around 1012 bacteria.

Some 300 visitors came to the Mercedes Benz Museum in Stuttgart on February 4 to attend the lecture “We Are Not Alone. How Microbes in the Gut Influence Our Lives” by Prof. Dr. Dirk Haller, as part of the “Dialogue in the Museum” series staged by the Daimler and Benz Foundation in conjunction with Daimler AG and the Mercedes-Benz Museum. Haller, a food microbiologist and nutritionist, holds the Chair of Nutrition and Immunology at the Technical University of Munich, where he heads the Institute for Food & Health. He has received several awards for his research work.

The quantity of stool excreted by the body depends on individual eating habits, especially the amount of dietary fiber we consume. In elephants, the contents of the intestines amount to 550 kilograms, corresponding to about 12 percent of their body weight.

The totality of all microorganisms that colonize a human is called the microbiome. “In microbiomic research, we currently encounter a great deal of speculation and only little empirical evidence in the public debate,” Haller said. “Nevertheless, there’s a lot going on in this area of research, and we’ll have access to many new insights over the coming years.” One thing that can already be seen as certain, he said, is the link between stool weight and the risk of developing colorectal cancer: “In Central Africa, where people eat a diet rich in fiber, cancer of the colon is virtually unknown. While people in Uganda excrete an average of 470 grams a day, the corresponding figure for Scotland is only about 72 grams.”

Bacteria were first described in 1675 by the Dutch natural scientist Antoni von Leeuvenhoek, who used an optical microscope to observe so-called “animalcules,” or “little animals,” for example in rainwater or human saliva. The far-reaching impact that these miniature organisms can have on humans was recognized by Robert Koch in 1882, when he identified the pathogen responsible for tuberculosis. “We now take infectious microbiology for granted as a field of research, but we only recently started to scientifically investigate the influence of nonpathogenic microorganisms on our health,” Haller noted. While a total of 2,033 scientific articles were published on the topic of “microbiome” in 2007, the number of such publications had risen to 45,000 in 2018.

As an immune organ, the intestine occupies a prominent position simply by reason of its huge surface area and the resulting direct contact it has with numerous pathogens. Many diseases are now being associated with the state of the individual microbiome: from Crohn’s disease to asthma, obesity, dementia and Alzheimer’s disease. “However, utmost caution is called for here, as there are only few secured findings but many hypotheses,” Haller said. “As far as obesity is concerned, we see not the bacteria but rather a lack of exercise and a poor diet as the decisive factors. The question of how bacteria metabolize drugs is opening up a whole new field of research; significant new findings can be expected here in the next few years.”

It is striking that in many countries, chronic inflammatory disease only became widespread in the course of industrialization. In 1960, for example, the incidence of Crohn's disease – a specific form of inflammatory bowel disease – was two cases per 100,000 inhabitants. By 1980, the rate had risen to six, Haller said; and by 2008, there were around 30 patients per 100,000 individuals – with high concentrations in North America and Europe. “We suspect that lifestyle and microbiome go hand in hand – but when we ask ourselves what a normal, healthy microbiome is, things start to get complicated,” Haller said. “What we do know is that the composition of our microbiome oscillates throughout the day, so it depends on the timing of a sample as to what bacteria we find and in what abundance.” Patients with type 2 diabetes seem to have lost this ability to have a fine, smooth fluctuation; their microbiome exhibits a zigzag pattern over the course of a day. Temporary changes in the microbiome are also detected after probiotics – foods containing live microorganisms – are eaten, or after Christmas, when both the daily rhythm and the diet are subject to change, he said.

Still largely unexplored, he said, is the possibility of curing patients by means of stool transfer. It has already been demonstrated that healthy mice can become ill from the stool of mice suffering from Crohn’s disease, and that the stool of humans in an acute inflammatory phase can cause illness in healthy mice; however, such transmission from human to mouse does not occur during inactive phases of the disease. Some diabetes patients likewise respond to therapeutic stool transplantation. “We see astounding success among patients who have become infected with resistant germs in the hospital and whose immune system has already been severely weakened by antibiotics,” Haller said. “Implanting stool from healthy people into these patients has shown extraordinary therapeutic success and could save many lives throughout the world in future.” At present, he said, the legislators are still reluctant to approve new stool drugs; but we must show understanding here, because accurate risk assessment is ultimately in the patients’ best interest.

Speaker
Prof. Dr. Dirk Haller received his doctorate in Lausanne in the field of food microbiology and nutritional science. He then undertook research sojourns in Switzerland and the USA before moving to the Technical University of Munich as a junior research group leader in the renowned “Emmy Noether Programme” of the German Research Foundation (DFG), where Haller has held the Chair of Nutrition and Immunology since 2008 and heads the Institute for Food & Health. He has received several national and international awards for his research work.