Space exploration is currently entering a new, very exciting phase. After the intensive exploration above all of the inner solar system with robots, manned expeditions are now at the planning stage. With its “Journey to Mars” program, NASA has expressly set itself the aim of having astronauts land on our neighboring planet. China, and a number of private companies, are pressing ahead with similar programs with such resolve and elan as was last seen in the 1960s. India, Russia, and Europe are also thinking of participating in corresponding programs: After decades, scientific visions that had seemed unthinkable until only recently are now taking shape once more.

Even if the new types of rocket currently under development will enable us to catapult manned missions far beyond the earth’s orbit, both physiological and psychological aspects represent a major obstacle for their crews to carry out long-term operations in space. Human needs place strict requirements on both the technology and the behavior of the crew. The extreme temperatures and the vacuum of space require above all a habitat in which temperature, humidity, and pressure must constantly be maintained within limits tolerable for humans, independently of changing exterior conditions.

Without gravity, astronauts constantly lose bone and muscle mass. Degeneration of the cardiovascular system under conditions of microgravity and exposure to radiation in space call for special countermeasures and limit both the permissible duration of a mission and the aims that can be achieved.

Besides the physiological limitations of our bodies, there is also the much less predictable aspect of the human psyche. Today, nobody can predict with certainty how a very small crew would cope with the years of isolation and especially the extreme distance from the earth and from the people close to the astronauts. Although the composition of the crew and the effects of such isolation have already been investigated for many years in analogous terrestrial experiments, additional stress factors such as “outer space” and “distance from the earth” cannot be investigated in advance.

The 21st Berlin Colloquium “Survival in Space” adopts an interdisciplinary perspective on the question as to what requirements must be fulfilled to make manned space exploration feasible for us humans. The discussions were centered on the physiological and psychological effects of extended space missions and on the technical and operative measures that are crucial to successful exploration of the solar system – and, sooner or later, perhaps beyond. International scientists from various disciplines are discussing the current state of research together with engineers with practical research experience in the field of aeronautics. 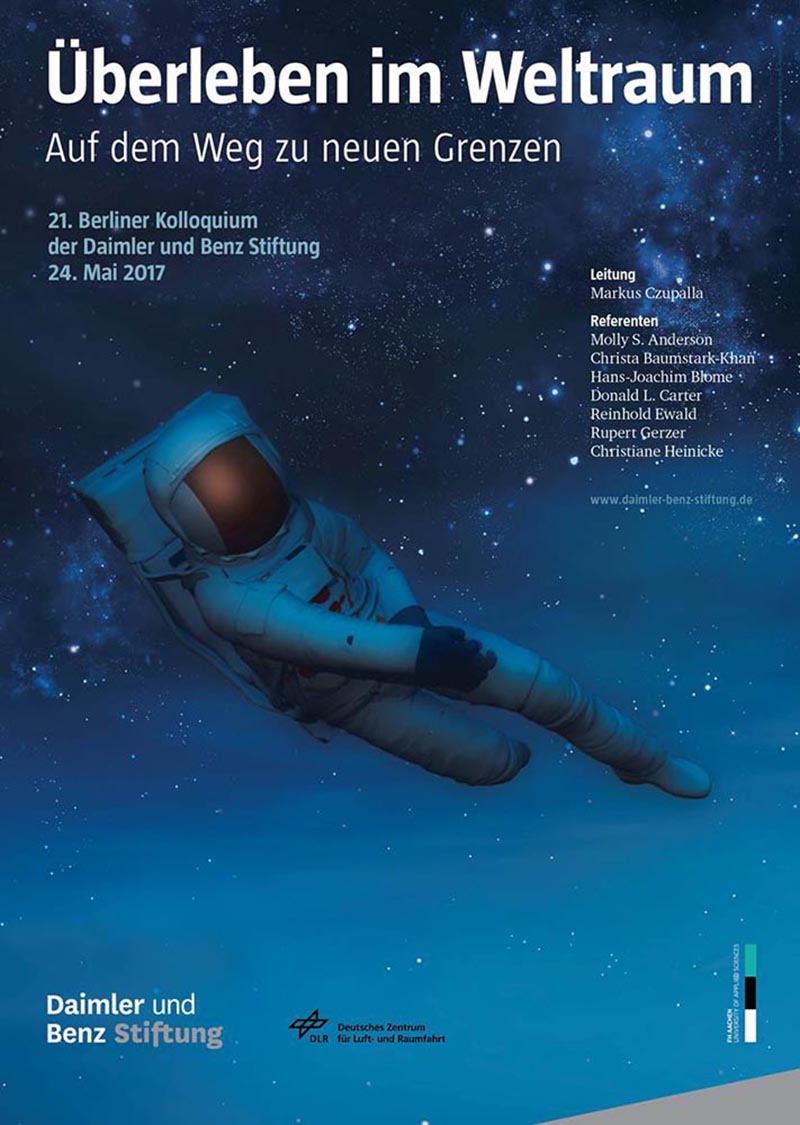